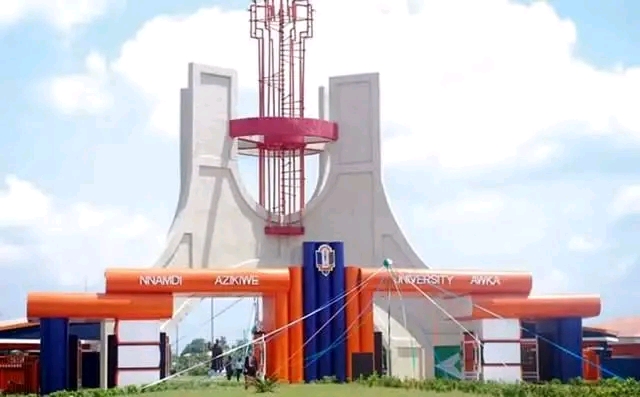 Some police operatives in Anambra have been accused of invading the hostel of a female student of the Nnamdi Azikiwe University (UNIZIK) and brutalising the inhabitant who was said to be unclad.

The media gathered on Wednesday that officers attached to the special anti-cult unit of the Anambra police broke into a private hostel housing students of UNIZIK to arrest suspected fraudsters in Ifite, Awka South LGA.

The invasion was said to have occurred at 4 am on Sunday.

A resident was quoted to have said the armed police officers brutalised the neighbours when they denied knowing any fraudster.

Narrating her ordeal in a video, a female student bearing bruises on her arm said “the police officers beat me while I was naked.”

A witness who resides in the area was quoted as adding: “The hostel is called Prince Godwin Lodge.

“What we gathered was that there had been robbery operations in the area. So, on Sunday, the students started to hear bangs on the gate and doors of the hostel.

“The undergraduates thought the people banging the door were armed robbers because of what happened in the past and they raised the alarm.

“It was when they entered after breaking the doors of some flats that the students realised that they were policemen as they wore jackets with the inscription of SPAC.

“The students said the policemen started harassing them and said they were looking for yahoo boys.

“One of the students, a girl, said some of the policemen entered her room and threatened her to name the boys in the hostel doing internet fraud.

“The policemen beat her, took some of the students’ phones, laptops, and televisions, and arrested some of them. But the girl was able to use her mobile phone to record them as they left the hostel with the students.”

Our correspondent Contacted contacted Ikenganyia Anthony, the state police PRO, who said the matter is being investigated.

“We are investigating this allegation; the PRO of the student union government has yet to honour Anambra state police invitation to the command headquarters, Awka,” he said in a text message.

“He was invited to come on January 23, 2023, by 10 am along with the victims of the alleged incident but up till now, we are still waiting. I can assure you the police command will get to the root of all this.”