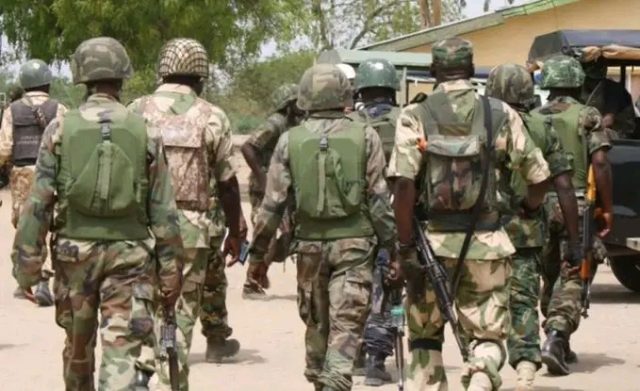 The Nigerian Army has said that gunmen terrorising the South-East region of the country cannot stop the forthcoming 2023 general elections in the region because they do not have what it takes to carry out their threats.

The Nigerian Army said that the armed criminals who had been threatening to stop the general elections from holding within the region could not overpower the military and other security agencies during the elections.

The Commanding Officer, 24 Support Engineering Regiment, Abakaliki, Lt. Col. Sunday Atomode, who said this a media in a chat with newsmen in Abakaliki, Ebonyi State capital, maintained that the elections would not only hold in Ebonyi State and other South-East states.

Lt. Col. Atomode, who said the military already had plans to ensure there were peaceful and successful general elections in Ebonyi State and other parts of the country, was quoted as saying, “We have superior weapons and superior strategy to tackle the miscreants.

“Let me say this, elections will hold in Ebonyi State peacefully. Those saying that there won’t be elections in Ebonyi State and South East do not have what it takes to suppress the military and other security agencies in the state.

“They do not have anything to suppress us. We have superior manpower, we have superior weapons and superior strategy to tackle the miscreants. We are assuring the people that the election will come and go. We have plans already for a peaceful and successful election in the state.”

The Army Commanding Officer further disclosed that since he assumed command in Ebonyi State, the military in joint operations with sister agencies, had raided and destroyed many training camps of miscreants and assured that the tempo would continue until a securitized environment is achieved for the citizenry.

He said, “Since I took over command on August 31st 2022, we have charted a new course for inter-agency collaboration in Ebonyi State. We have been able to work effectively with the DSS and the Nigeria police to ensure we have security in place in the State.

“One of those measures we have put in place is joint patrol with the men of the Nigeria police and the DSS. We have ensured that this comes on a routine basis. And we have charted a course for the sustenance of momentum in that regard.

“So, a lot is being done and alot will be done. It’s a steady and gradual process and I believe, with time, we shall get there.

“We came up with a modus operandi that it’s much better to get these people in their training camps rather than coming out of the streets to look for them and then creating disturbances to the law-abiding citizens of the State. So, since I assumed command, we have had joint operations to some of the hideouts of these criminal elements.”