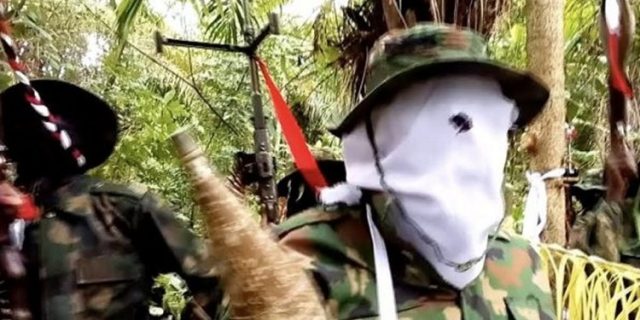 A new militant group, The Force of Egbesu, has emerged in the Niger Delta region and issued warnings to President Muhammadu Buhari and state governors to address the needs of the oil-rich region, or face consequences during the February general elections.

In a statement released over the weekend, the group’s leader, who identified as General Gbolodi, expressed disappointment with the neglect and abandonment faced by the group and the Bashan Clan in the Niger Delta region.

The statement also called on leaders of the PDP and APC in Bayelsa State to address the lack of development in the region, particularly in the Bashan Clan, which is rich in oil but remains in poverty.
The statement also issued a warning to the President and Governor Douye Diri that if they fail to address the group’s grievances, there will be no elections in the Bashan Clan and other parts of the region, and that the group is ready for war if force is used against them.