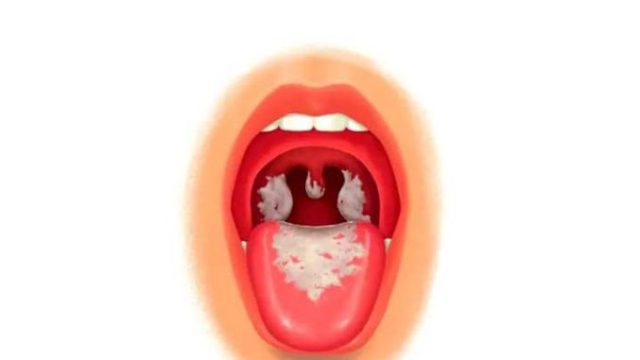 The Nigeria Centre for Disease Control and Prevention has confirmed cases of diphtheria in Kano and Lagos states.

This is even as the centre said it was monitoring the situation in Yobe and Osun states where cases were being picked up.

Here are the 10 things you need to know about diphtheria disease:

1. Diphtheria is a serious bacterial infection caused by the bacterium called Corynebacterium species that affects the nose, throat, and sometimes, skin of an individual.

2. Diphtheria spreads easily between people through direct contact with infected people droplets from coughing or sneezing, and contact with contaminated clothing and objects.

3 . People most at risk include children and adults who have not received any dose of the pentavalent vaccine, people who live in areas with poor sanitation, people who live in a crowded environment, and healthcare workers exposed to suspected or confirmed cases of the disease.

4. The onset of signs of the disease usually starts after two to 10 days of exposure to the bacteria.

5. Symptoms of diphtheria include fever, runny nose, sore throat, cough, red eyes (conjunctivitis), and neck swelling. In severe cases, a thick grey or white patch appears on the tonsils and/or at the back of the throat associated with difficulty breathing.

6. Complications from diphtheria include airway blockage, damage to the heart muscle, nerve damage, and kidney failure. However, for some people, respiratory diphtheria can lead to death.

7. To prevent it, the Nigeria childhood immunisation schedule recommends three doses of pentavalent vaccine (diphtheria toxoid-containing vaccine) for children in the sixth, 10th, and 14th week of life.

8. Diphtheria treatment involves using diphtheria antitoxin to stop the bacteria toxin from damaging the body and using antibiotics to kill and get rid of the bacteria. The treatment usually lasts for two to three weeks.

9. Poor immunisation coverage can lead to a resurgence of the disease. Therefore, parents must ensure that their children are fully vaccinated against diphtheria with three doses of the pentavalent vaccine as recommended in the childhood immunisation schedule.

10. Individuals with signs and symptoms suggestive of diphtheria should isolate themselves and notify the Local Government Area authorities, state disease surveillance officer, or the NCDC through our toll-free line (6232)

The Kano state government has confirmed the outbreak of Diphtheria disease and recorded 100 suspected cases, while out of which eight was confirmed, three dead from 13 local government areas in the state.

The state commissioner for Health Dr Aminu Ibrahim Tsanyawa stated this during the press conference on Diphtheria and Lassa fever outbreaks in the state.

READ ALSO : Best Tips How To Lose Belly Fat After Delivering A Baby

As at 20th of January 2023 we we have recorded 100 suspected cases from 13 local government areas which are Ungogo, Nassarawa, Bichi, Dala, Dawakin Tofa, Dawakin Kudu, Fagge, Gwale, Kano Municipal, Kumbotso, Rano, and Gwarzo respectively, Of the 100 suspected cases, eight were confirmed, while waiting more results. We have lost 3 among 8 confirmed and 22 among other suspected cases.” He said.

According to him,the Epidemiology unit of the ministry was notified by Murtala Muhammad Specialist Hospital and Aminu Kano Teaching Hospital of the suspected cases of Diphtheria, the ministry mobilized it’s team to commence investigation.

Dr Aminu Ibrahim Tsanyawa further disclosed that currently 27 patients are on admission receiving treatment while 41 have been managed and discharged successful.

The commissioner also said Kano state government activated kwanar Dawaki isolation center for isolating the Lassa fever cases, adding that staff of ‘yargaya have been trained and transferred to the isolation center where drugs and consumables were propositioned and is fully functional.

He pointed out that state ministry for health through primary health care management board is planning to conduct a Routine immunization intensification campaign to reach out to all illegible children in the affected local government areas from Diphtheria case.