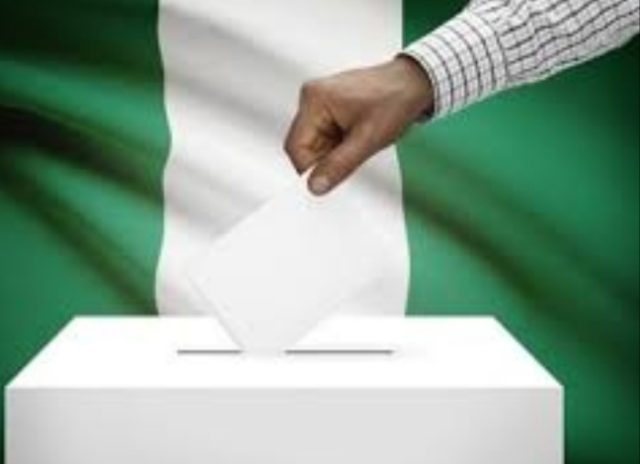 President of the National Endowment for Democracy, Damon Wilson, on Politics Today on Thursday, January 19, 2023, said successful elections in Nigeria will increase the momentum for a democratic renewal across the world.

The President of the National Endowment for Democracy, Damon Wilson, says successful elections in Nigeria will enhance the growth of democracy across the world.

He said a strong democracy is important in Nigeria and explained that the independent, non-profit foundation dedicated to the growth and strengthening of democratic institutions around the world is in Nigeria to observe the 2023 general elections.

“What happens here matters; it first of all matters to Nigerians but it can have a real impact on the pathway to development of democracy in West Africa, across Africa and frankly around the world,” Wilson said on Channels Television’s Politics Today on Thursday.

READ ALSO : 2023 Elections: Some Of The Errors of INEC’s BVAS Machines, And Suggested Remedies

The British High Commission, on Wednesday, said it was committed to a successful general election in 2023 because the world would be watching Nigeria.

While admitting that worsening economic crisis and security challenges would be potential threats to the election, the BHC said the execution of the 2023 election would be a significant milestone for Nigeria.

The Head, Governance and Stability in the Foreign, Commonwealth Development Office of the United Kingdom, Elizabeth Drew, stated this in Abuja, on Tuesday, during a national stakeholders forum on elections organised by a coalition of over 80 human rights organisations under the aegis of Nigerian Civil Society Situation Room, with support from FCDO and UKAID.

During the programme, the chairman of the Independent National Electoral Commission, Prof. Mahmood Yakubu, said the commission was mobilising every national institution to track campaign financing and combat the illicit flow of funds.

The Convener of NCSSR, Ene Obi, said the forum would critically assess the current political environment and make recommendations and suggestions in the preparations and conduct of the 2023 general elections.

“We will also use the forum to advocate for building political power in order to address civic engagement and voter mobilization. It is our hope to see an improved electoral environment in Nigeria as we head toward the general elections in 2023.

“We will continue to work towards improving Nigeria’s elections – to ensure that the process is free, fair and reflects the choice of citizens,” Obi said.

Drew said, “There are admittedly concerns as we approach the polls. Nigeria is going into the general elections against a backdrop of security concerns and challenging economic growth.

“These are all factors that can potentially impact on the successful execution of the polls and hinder the meaningful participation of citizens across the country. The UK stands ready to continue to support INEC and all relevant stakeholders in the efforts to effectively execute the polls within this context.

“Nigeria’s democracy really matters; as the largest democracy in Africa, Nigeria’s leadership on electoral reform and practice is important for the continent and beyond. Other countries look to Nigeria for democracy issues. The execution of the 2023 polls will be a significant milestone in this respect.

The INEC chairman said the commission was ready to track campaign financing and the illicit flow of funds among politicians and political parties who bankroll elections.

Yakubu said, “Turning to campaign finance, the commission is determined to tackle the matter frontally. Areas of violation include party and candidate expenditure beyond what is provided by law and the diabolical practice of vote buying at polling units on election day.

“We are mobilising every national institution with the responsibility for tracking and combating the illicit flow of funds as well as the broadcast and print media regulatory agencies to confront the problem head-on. The details of this will be unveiled shortly.”

Yakubu promised that INEC would continue to work with civil societies for the improvement of the electoral process in Nigeria.

According to him, INEC had reviewed the Memorandum of Understanding with the National Union of Road Transport Workers and expanded the scope of collaboration to include the Maritime Workers Union of Nigeria for the riverine areas.

He said, “On electoral logistics, particularly the arrangements for the movement of personnel and materials to various locations during elections, the commission met again with the service providers and reviewed the Memorandum of Understanding with the road transport unions.

“Arising from our experience in previous elections, the commission has expanded the scope of collaboration to include the marine union for the riverine areas. Very soon, the revised MoU will be signed with the service providers to cover both land and maritime transportation.

“However, there are four broad areas that Nigerians would like to receive assurances of the progress the Commission is making and challenges (if any) being encountered. They are security, campaign finance, technology, the Permanent Voters’ Cards and assurances that their votes will count on election day.

“On security, the commission has said repeatedly that it is an area of concern. The commission has the responsibility to conduct elections. However, securing the environment for the deployment of personnel and materials as well as the peaceful conduct of elections is a shared responsibility involving the security agencies, the political actors and their supporters, the media and all other critical stakeholders.

“The perennial insecurity in the country is a source for concern. This existing challenge is compounded by the unfortunate incidents of attacks on campaigns, rallies and processions across all political parties.”

Yakubu also said that beyond the provisions of the law, the commission held an emergency meeting of the Inter-Agency Consultative Committee on Election Security in the wake of the recent attacks on INEC Local Government offices in Ogun and Osun States.

“Far-reaching resolutions were arrived at, including the deployment of joint security teams to our facilities nationwide. Beyond that, the Inspector-General of Police summoned an extraordinary meeting with leaders of political parties on the imperative of peaceful campaigns.

“We will continue to follow up on that bold step in our engagement with political parties and other critical stakeholders,” he said.