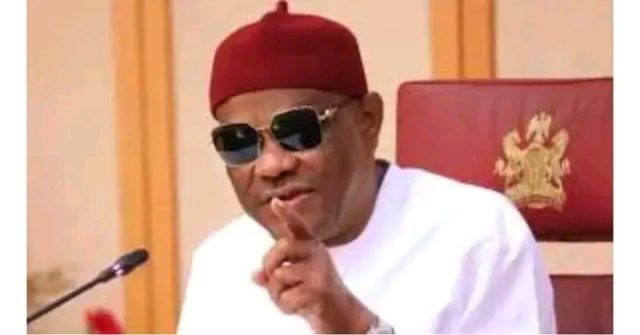 The governor of River State, Mr. Wike Nyesom, says that if he should open up about the secret that keeps the leader of the Indigenous People of Biafra, Nnamdi Kanu, in detention, the Nigerian government will have no choice but to release him immediately.

He further stated that Nnamdi Kanu is still in their custody because he has refused to dance to their tune and because Buhari has asked him to do something and he has refused to do it, so they are not releasing him. and I am really sure that if all this is exposed today, Nigeria will divide, he said.

According to him, if I talk now, they will say that Wike is talking too much, but if I reveal the secret that still keeps Nnamdi Kanu in detention, he will be released immediately, and I am really sure that this country will be divided after saying it. Nnamdi Kanu refused to dance to the tune of the federal government of Nigeria; that is why he is still in their co-study.

The Chief Whip of the Senate, Senator Orji Uzor Kalu has called on the federal government to obey the Court of Appeal ruling that discharged and acquitted the leader of Indigenous People of Biafra IPOB, Mazi Nnamdi Kanu of terrorism charges. 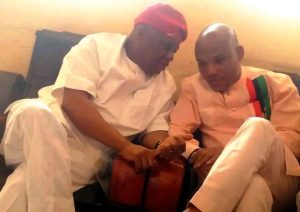 Sen. Kalu, representing Abia North senatorial district made the call on Wednesday while featuring on a TV programme monitored by Hotmedia.ng

Sen. Kalu, a former Abia State Governor cited a case where a water project was ordered stop in Aba by Court of Appeal during his tenure as state chief executive, saying the project is still where he left it over fifteen years after he left office.

He urged the government to obey orders of the court irrespective of their misgivings, in the spirit and letters of the rule of law and separation of power.

The lawmaker said building a new Nigeria will start with respecting court decisions, urging that the window of appeal should be utilized instead.

Appeal Court had discharged and acquitted Mazi Nnamdi Kanu of terrorism charges brought against him by the federal government.