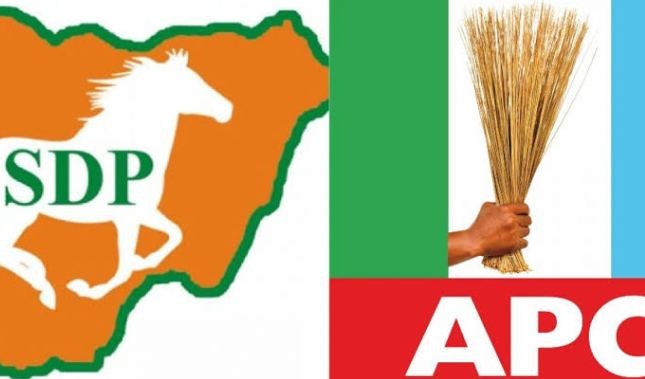 The Social Democratic Party, SDP is not in any means a pushover in Nigeria political game. The party debunks plans of having alliance with the ruling All Progressive Congress, APC or any other political party for the forthcoming elections.

National Publicity Secretary of the Party, Ambassador Rufus Aiyenigba, stated this during a news conference in Abuja.

Ambassador Aiyenigba who was reacting to the publication in the media by the party’s former deputy National Publicity Secretary, Mr. Mohammed Alfa stressed that there was never a time the party entered into any alliance with other political parties.

The National Publicity Secretary of the Party, described Mr Alfa Mohammed and his actions as a complete persona non-grata in the Party, an impostor and fabricator of falsehood.

He explained that the Party had in the past placed a disclaimer on him when it was first discovered that he was fond of concocting spurious, sometimes fraudulent, and unfounded reports.

“It was this habitual recklessness and outright disregard for decorum by Mr. Alfa Mohammed that led to his being relieved of his position as Deputy Publicity Secretary of the Party in November 2018 before he was suspended from the Party in March 2019 by the National Working Committee (NWC) and later expelled by the National Executive Committee (NEC) in August 2019” Ambassador Aiyenigba stressed.

The SDP image maker also emphasized that Mr Mohammed who has not been part of activities of the Party in four years, has intermittently pushed fabricated lies to mislead and defraud the public with the malicious intents to tarnish the reputation of targeted individuals in the Party.

“We formally reported his serial misinformation and misrepresentation to the Inspector General of Police in August 2022 for the Law Enforcer to call him to order for “Impersonation, False Pretences and Conduct likely to cause a breach of Peace” and Mr. Mohammed is, indeed, under watch and investigation for criminal impersonation”

Ambassador Aiyenigba therefore called on all members of the party nationwide and the public to disregard the reckless publications of Mr. Mohammed because they are false and above all not in the interest of social justice of the party’s pursuit to combat poverty and insecurity for peace, progress and prosperity to reign in the country.