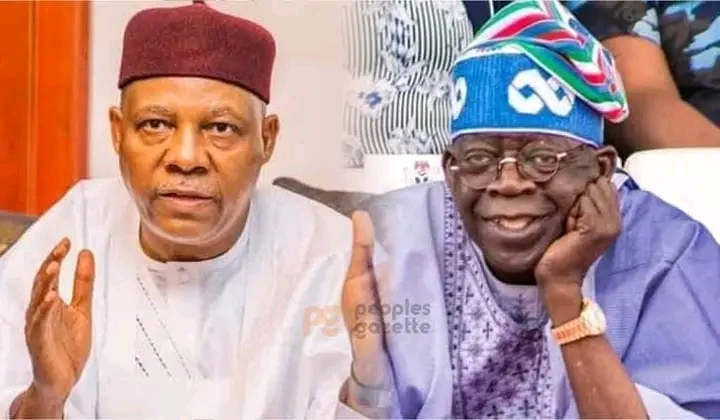 Hotmedia.ng has gathered Some details of a closed-door meeting held between the presidential candidate of the All Progressives Congress (APC), Bola Tinubu and his running mate, Kashim Shettima with the party’s governorship and National Assembly candidates have emerged.

We learnt Shettima at the closed-door meeting held in Abuja on Sunday warned those who were believed to be working against the party’s interest to desist from such act.

It was gathered that a source privy to the meeting told the Nigerian Tribune that while Tinubu charged the candidates to work as a team to ensure victory for APC at all levels in the coming general election, his running mate cautioned candidates allegedly working against the party.

The source revealed that Shettima cautioned those who were believed to be working against the party’s interest to have a rethink to avoid being excluded from the list of those that would be rewarded for guaranteeing APC victory at the poll.

He was reported to have told the candidates that all persons undermining the party were being watched and they would have no business with appointments when it comes to time to reward faithful party loyalists.

According to him, the APC reward system would not accommodate chieftains of the party who publicly profess support for Tinubu but work against the party’s governorship and National Assembly candidates.

The source alleged that “Shettima said all those leaders undermining the party are being watched and have no business seeking appointments.

You cannot claim to love Asiwaju and work against other candidates; no way!”

Meanwhile, in a separate statement issued by Tinubu’s media aide, Tunde Rahman, Naija News understands that the APC flag bearer pledged to work for everyones’ victory while also campaigning to ensure victory at the polls next month.

He observed that “But winning takes us working as a united force. We have to act like the broom, the symbol of our party.

“A stick cannot clean any dirt but coming together under the band as one, we can sweep aside all the bad and wrong things that impede our nation’s growth and development.

“As individuals we must strive to win our respective elections. But that is not enough. We have to work together to deliver everyone contesting in our party. The presidential election, for example, is not solely about Bola Ahmed Tinubu. It is your project as well. Your election is equally my project.

“We need each other. Whatever position you are contesting, you need me as much as I need you. If I work for you, I am helping myself; if you mobilise for me, you are working for yourself at the same time. Our individual and collective fates are one.”