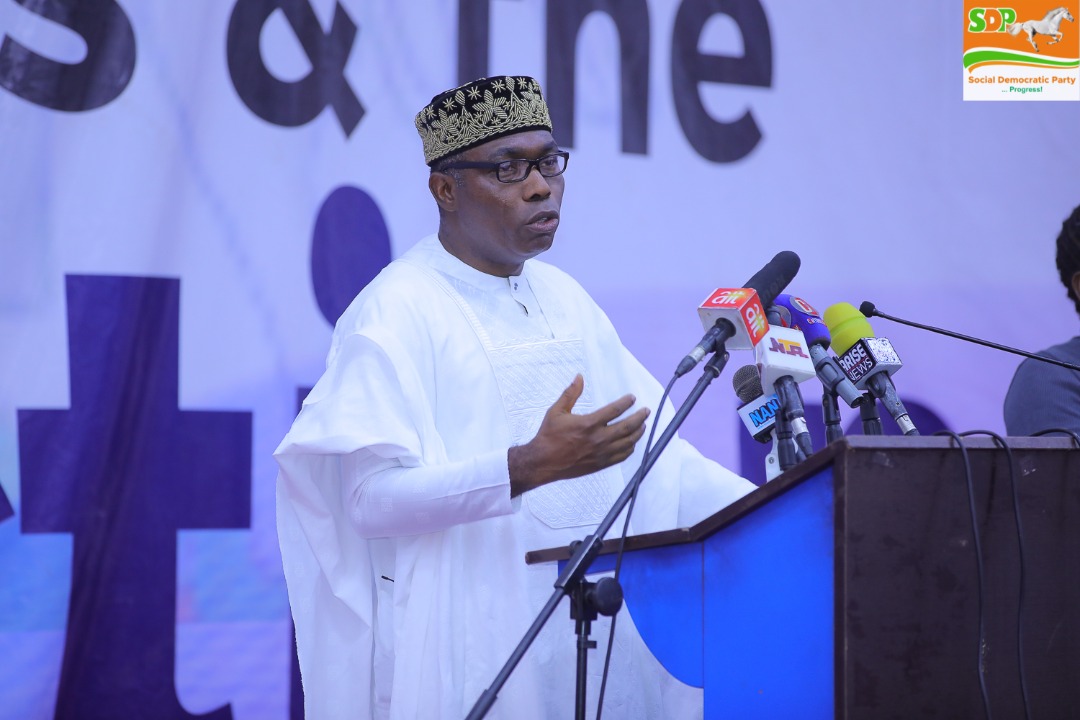 ….You must not enslave yourselves with your PVCs, use your brains very well to avoid making a wrong.

The presidential candidate of the Social Democratic Party, SDP, Prince Adewole Adebayo has urged Nigerians not to use their Permanent Voter Cards to enslave themselves as the country gears up for the 2023 general elections. Adebayo said this at the weekend during his speech at the SDP presidential/gubernatorial flag-off in Ogun State.

The presidential candidate told the crowd at the venue of the rally that their brains remains the most important things they have as Nigeria elections come closer, noting that it will guide them to make proper use of their PVCs.

,,,,He said, “People have told me that the most powerful instrument in democracy is PVC. Do you agree?” To that, the crowd chorused a ‘yes’. Adebayo, however, responded by saying you are wrong.

READ ALSO : 2023 Elections: Some Of The Errors of INEC’s BVAS Machines, And Suggested Remedies

“The most powerful instrument in politics is your brain because you can have PVC and vote against your own interest. You can use PVC to enslave yourself. You can even sell your PVC which is worth more than N30 billion, you can sell it for N10,000.

“Don’t look at my face. I can get somebody to put powder on my face and I will look very nice. Don’t look at my poster because that poster is the work of a photographer. What you should look at is how can I use 2023 to change my life history, to serve under a government run by human beings for human beings?

According to the SDP presidential candidate, the electorate need to be wise as they are the ones in need of an improved way of life and not the politicians, whom he described as deceptive.

He said, “Politics is not for politicians and politics is not entertainment. We can dance, we can do whatever but at the end of the day, when you finish dancing the politician will enter his Mercedes (Benz) and go to his mansion. You will enter danfo (public buses that are often rickety) and go to your house without light.

“As you are dancing, the politician’s money is in the bank, immediately he enters his car he will call his bank manager, how many millions there? You will be looking for money to buy garri, so you have to understand that whatever is wrong with Nigerian politics, it is not wrong with the politician.

When are you going to get your own promotion? So the only thing you can do is to understand your politics.”

He urged the people not to be deceived by leaders who claim there is no money in government.

So they are saying there is no money for you. The politicians, I have been mixing with them, their life is very comfortable.”