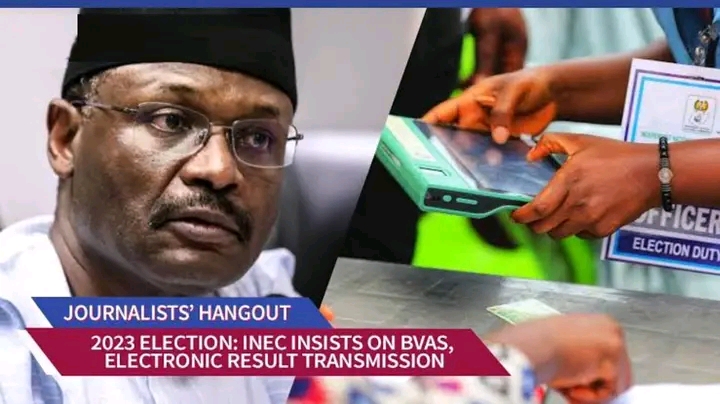 The recent discoveries in the Osun Election Tribunal are not just what we are expecting as the outcome of the recently introduced BVAS Technology.

For instance, how can it be that the a particular BVAS Machine for a Polling-unit (when physically inspected) had a figure of “383” as the number of Accredited Voters, But Then, inside the BVAS-Report which was electronically generated by the INEC through the synchronisation of the data that were contained inside the BVAS Machines, the same polling-unit had “313” as the number of Accredited Voters inside the generated report.

Meanwhile,, we have not even considered what the manually-filled number of accredited voters that was recorded inside the polling-unit results-sheet (Form EC8A) by the Presiding-Officer (PO) of the same polling-unit might had been. (Maybe, it might be 480, or even more).

So now, how would INEC explain such discrepancies in the “supposed” BVAS Records?

And again, the fact that the Counsel to the INEC admitted that the generated BVAS-Report (as was tendered by the APC) had up to 1750 actual polling-units where the figures in the generated BVAS-Report might have suggested that there were over-voting, is not something that would be regarded as bravery by the INEC.
Frankly speaking, it was a very bad admittance by the INEC, even though the learned-gentleman was trying to establish that the APC only selected just 749 Polling-units out of the overall 1750 faulty polling-units in order to favour themselves, but it only means that the BVAS Machines are not yet ready for deployment in the future elections, unless (of-course) INEC would do some serious reconfigurations to the BVAS and The Back-end servers.

Another bad admittance by the INEC’s counsel was that: “the BVAS-Reports tendered by the APC were incomplete ‘because the INEC-server had not completed the synchronization process when it was issued to them’.”

I mean,, why on earth would INEC ever issue an uncompleted document as an official document emanating from the same INEC, and still claim that such document is null-and-void, whereas all the pages on the document were all Certified as True Copies?

All these errors can be corrected by INEC if only the BVAS Machines can be re-configured in such a way that, once the election ends, a button must be clicked on the machine to indicate that the election had ended, and that results cannot be transmitted through the BVAS if the button was not clicked, neither can the number of Accredited Voters be seen too (by the PO), unless the “End Election” button is clicked.

And again, that upon the clicking of the “End Election” button, the BVAS Machines should automatically upload the number accredited voters to their respective created-and-reserved slots/spaces on the IREV-Portal, and be visible to everyone who checked for the value on the Portal. (this particular step is very important), and then, to also transmit the same value to the “Accreditation” Collation Servers, even before the PO clicks to see the figures for the number of accredited voters.

The automatically transmitted and collated “Accreditation Details” is the Breakthrough we need here, and such information contained inside the Accreditation Collation Server would form the “BVAS-Report” which the INEC can now easily generate without having to go through rigorous synchronisation processes all over again.

Please,, the INEC should do this for us, especially the automatic upload of the Accreditation Values to the IREV-Portal, even before the PO sees it inside the BVAS Machine.

This will automatically stop any compromised PO from inputting wrong figures into the result sheets, and also prevent them from transmitting such wrong figures to the Results Collation Server.