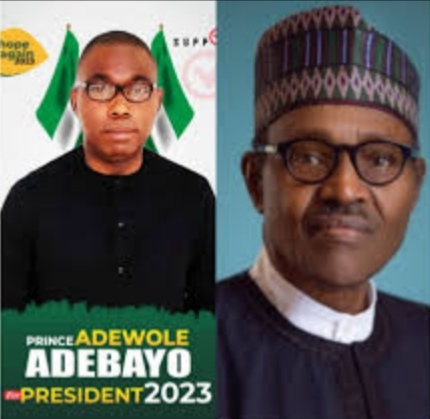 According to Prince Adebayo Adewole, Presidential Candidate of the Social Democratic Party, the ruling All Progressive Congress has succeeded in playing a comedy show in the last eight years of their governance and has plunged the nation into a more devastating state.

Adebayo Adewole, who was in Kano on Tuesday to inaugurate the state’s gubernatorial candidate and other elective positions, told reporters that the APC has not only failed miserably, but has also succeeded in bringing the citizens below the poverty line.

He said, “for a Family in Nigeria or Kano whose idea of their survival is prayers or miracles, and the miracles come in form of going round to search for a dustbin to get watermelon to boil, such a family does not deserve that kind of treatment and such cannot say the so-called N5000 they were given would remove their malice”.

According to Prince Adewole, the party is reaching out to Nigerians in the hope that the structure already in place will grow to better understand the citizen.

In response to INEC’s report of possible shifts or total cancellations of the 2023 general elections, Adewole stated that the election umpire has no choice but to ensure that the polls are held as scheduled.

“INEC is the most funded entity of the government and today they are even competing with some states in terms of financial strength, so they have no excuse whatsoever but to make the election a huge reality.