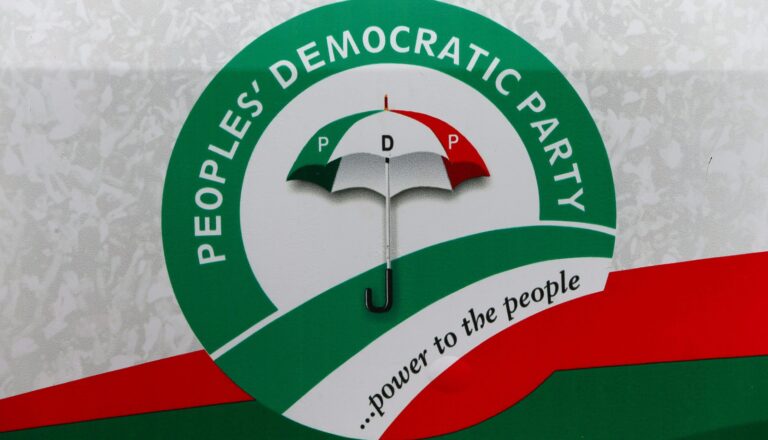 A grand plan by the Peoples Democratic Party (PDP) to hack into the Independent National Electoral Commission (INEC) data base and other electronic platforms in order to win the 2023 Presidential Elections have been uncovered.

A source within the opposition party disclosed that the strategy is to gain victory through the “technical aspect” of the electoral process.

Coordinating this “operation” is a former President of the Senate, Dr. Bukola Saraki.

In a leaked conversation between the National Chairman of the party, Senator Iyorchia Ayu and Saraki, the former had urged the latter to cut short his current trip abroad and return to the country to “aggressively supervise the technical part of the election.”

Ayu averred that the ruling All Progressives Congress (APC) would be “wasting its time and money if the PDP could successfully “take care of the technical part.”

According to the source, the plan is to compromise the INEC database and other related electronic platforms to be used for the election.

As part of Saraki’s brief, he is also to coordinate the agents in the electoral body in order to ensure a favourable electronic process for the PDP.

The PDP source disclosed, “There is an urgent need for the APC to put in place counter measures to make sure all its physical and political efforts are not neutralised by the PDP’s rigging plot in connivance with some INEC staff.” 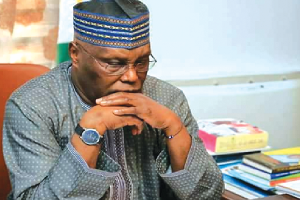 The presidential candidate of the Peoples Democratic Party (PDP), Atiku Abubakar, has been caught on tape admitting his involvement in a complex conspiracy that for years took advantage of federal contracting expenditures.

This was disclosed in a viral audio shared by Atiku’s former aide, Michael Achimugu where the former vice-president was narrating how he took charge of setting up onshore shell businesses to serve as a conduit for syphoning significant sums from public works contracts for himself and former President Olusegun Obasanjo.

Obasanjo was Nigeria’s President between 1999 and 2007 while Atiku was the Vice President.

Atiku also revealed how their government designated some funds stolen during the process to political allies to fund their party’s activities without traces.

He said, “What happened was when we came into office and I advised the president against open corruption.

“I told him to give me three people you trust and I will prepare three companies in which they will be subscribers or rather the directors.

“So that if there is any contract that we give they will act like consultants and they are given a fee. That fee is what we use to fund the party.”

Mr Abubakar specifically stated in the audio that Obasanjo gave him the name of Otunba Oyewole Fasawe, Andy Uba as well as another politician from Borno State whom he said died in a plane crash to serve as fronts.

“I now incorporated companies and put them as subscribers. One of the companies was Marine Float,” he added.

The PDP presidential hopeful further admitted to having collected N100 million bribe from Mr Joshua Dariye, a former Plateau State governor, which was paid directly to Marine Float, one of the three firms he registered.

Dariye was convicted of criminal misappropriation and criminal breach of trust and was found to have looted N2 billion in public funds during his time as governor between 1999 and 2007.

A Senate inquiry recommended that Atiku should be prosecuted for syphoning off money to companies he was connected to.

The Senate launched the investigation after the then-president, Obasanjo, forwarded charges made by Nigeria’s anti-corruption agency against Atiku.

In a report presented to the Senate, the investigating panel said it agreed with the findings that Atiku helped divert $145m from Nigerian government accounts to banks.

However, nothing came out of the investigation and findings made by the panel.