Studying Obasanjo, who served as Nigeria’s military ruler between 1976 and 1979 and, as civilian president from 1999 to 2007, involves peering through a veil of myth and iconography. This biography might not completely do justice to the subject, but it will try.

His date of birth is sketchy, as there is no surviving record to authenticate it. We, however, accepted March 5, 1937, as shown in a passport he got later.

Of the first of the nine children of his parents, only Obasanjo and a sister, Adunni Oluwole Obasanjo, survived childhood. Until his 11th birthday, Obasanjo was involved in agricultural labour on his father’s farm.

His father later abandoned his wife and two children. With poverty staring them in the face, Obasanjo’s mother got involved in trading to sustain her family.

At 11, Obasanjo enrolled at the village primary school. In 1951, he joined the Baptist Day School in Owu, Abeokuta. A year later, he left for the Baptist Boys’ High School, in the same town.

Being from a poor home, his school fees were partly financed by state grants. The other part was mainly from Obasanjo’s pocket as he worked on cocoa and kola farms, fished, collected firewood, and sold sand to builders. When the school was on holiday, he worked at the premises; cutting grass and doing other menial jobs.

In 1956, Obasanjo took his secondary school exams, but an extracurricular activity had his attention, too. He was courting Oluremi Akinlawon, an Owu indigene and daughter of a station manager. They were engaged to be married by 1958.

When he left school, he moved to Ibadan to take up a teaching position. He enrolled and passed the entrance exam into the University College, Ibadan. Obasanjo decided on another career path as he couldn’t afford the tuition fee. 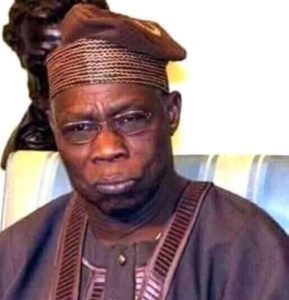 Olusegun Obasanjo was enlisted in the Nigerian Army in March 1958 after responding to an advert for officer cadet training. He saw this as an avenue to fulfil his desire to be a civil engineer while earning a living. His estranged parents were in the dark, as he feared telling them will elicit a negative response.

After a few months in a camp, Obasanjo was sent to a regular officers’ training school in Ghana. Then, in September 1958, he was selected for additional training at Mons Officer Cadet School in Aldershot, England.

He found it hard to adjust to the weather and news back home on the demise of his mother and father in penultimate years added to his sorrows. However, all that didn’t stop him from being commissioned and getting a certificate in engineering. He returned to Nigeria in 1959.

Let’s do a quick timeline that takes us to the Nigerian Civil War.

1961 (February) – captured by the mutineers against Patrice Lumumba’s government while evacuating Roman Catholic missionaries from a station near Bukavu. They planned to execute him but were ordered to release him

1961 (May) – the Fifth Battalion returned to Nigeria

1962 – posted to the Royal College of Military Engineering in England

1963 – took command of the Field Engineering Squadron based in Kaduna

1967 (January) – posted to Lagos as the Chief Army Engineer

On July 6, 1967, a fight between the Nigerian Army and the Biafran separatists broke out. Three days later, Odumegwu Ojukwu, the leader of the separatist group, sent a column of Biafran troops over the Niger Bridge to seize the Mid-West, hoping to attack the seat of power in Lagos.

Obasanjo thwarted the action of the Biafran troop led by a fellow Yoruba man, Victor Banjo.

Yakubu Gowon replaced Colonel Benjamin Adekunle, who was leading the attack on Biafra, with Obasanjo despite lacking combat experience.

In December 1969, Olusegun Obasanjo set in motion Operation Finishing Touch. He ordered his troops to advance towards Umuahia, hoping to cut Biafra’s hold in half its size. The town was captured on Christmas day.

On January 7, 1970, Obasanjo launched another recce, this time called Operation Tail-Wind. The Uli airstrip was captured within five days, and the Biafran leaders had no choice but to surrender.

Obasanjo met with Biafran military commander Philip Effiong on January 13. They surrendered their arms and some leaders of the separatist group went to Lagos to surrender, formally, to Gowon. Obasanjo’s role in ending the war made him a hero and a well-known figure in Nigeria.

Bola Ige, then the governor of Oyo State, in his book People, Politics and Politicians of Nigeria (1940-1979) reckoned that Nigeria and Biafra were fortunate to have Obasanjo as the Commander of the 3rd Division from 1969.

“He quickly ended the war and the mess,” he wrote.

“His command and operations were distinctly the most carefully planned and executed, very different from those of his brave but erratic predecessor, Brigadier Benjamin Adekunle, the Black Scorpion.”

Let’s serve you another timeline that will lead to Obasanjo being the head of state.

1970 (June) – returned to Abeokuta and received as a hero

1975 – appointed Commissioner for Works and Housing

Though Obasanjo did not attend his boss’s funeral in Kano, he declared that the government would finance the construction of a mosque on the burial site.

After the assassination and the failed coup, Obasanjo attended a meeting of the Supreme Military Council where he expressed his desire to resign from the government. It was rejected.

Rather, he was urged to replace Murtala Mohammed as head of state. He vowed to continue the policies of his predecessor. Obasanjo made General Shehu Yar’Adua as his replacement and second-in-command as Chief of Staff.

In his three years as head of state, Obasanjo followed his predecessor’s timetable for a return to civilian rule.

The presidential election in 1979 was close, but the Federal Electoral Commission declared Shehu Shagari, the winner over the strongest challenger, Obafemi Awolowo, who was a Yoruba man like the head of state.

The results were not only condemned by the Yorubas but other tribes over allegations that the election had been rigged. Obasanjo could be blamed for this.

In a broadcast a couple of days before the elections, he dropped a bombshell. The head of state said that it did not follow that the best man should win the presidential election. And so it seemed.

However, the outcome was upheld by the Supreme Court. Obasanjo gained the respect of the Hausa-Fulani leaders in the north for handing over power to one of their own.

Before quitting office and retiring to Ota, Ogun State, Obasanjo promoted himself to a four-star general. Thus, he was entitled to a salary for life.

He became a farmer, published books, and took part in international initiatives to end various conflicts across the continent.

Obasanjo became a vocal critic of the despot General Sani Abacha, who took over power from an interim government led by Ernest Shonekan in 1993. In 1995, Abacha jailed Obasanjo for allegedly organising a coup against his government.

When Abacha died in 1998, Obasanjo was released by General Abdulsalami Abubakar.

Obasanjo became Nigeria’s first civilian leader in 15 years when he won the 1999 election with about a quarter of the vote. While taking the oath of office on May 29, he promised to ease poverty, reduce corruption in government, and establish a democratic system.
Religious strife became a grave concern during his presidency. Incidents of violence increased as most Muslim-dominated states in the north adopted Sharia law. In the runoff to the 2003 election, Obasanjo faced a shrinking power base.

However, his ‘Continuity for stability’ campaign was quick to name as his achievements the introduction of GSM telephony, the Universal Basic Education Programme that promised free primary education for all, and relative peace in the country.

He also promised to focus on agriculture and gas development and bring in a “fresh new generation of younger persons to take part in government at high levels in the next dispensation”. He was elected to a second term in April 2003 after bagging over 60 per cent of the votes.

In 2006, Olusegun Obasanjo came under intense criticism for attempting to amend the constitution to allow him to run for a third term in office. The amendment was rejected by the Senate.

With Obasanjo unable to run, he backed the governor of Katsina State, Umaru Musa Yar’Adua as the PDP’s candidate in the April 2007 presidential election. He duly won the election and was sworn in on May 29, 2007.
Olusegun Obasanjo Net worth
Although no hard evidence ever emerged, Olusegun Obasanjo was repeatedly accused of corruption throughout his career. He, however, maintains that his dealings were honest.

The details of those ‘dealings’ are not available for public scrutiny, so coming up with the estimated net worth of this politician, leader, diplomat, etc. is akin to finding a needle in a haystack.

Olusegun Obasanjo and polygamy are no strange bedfellows. He married his first wife, Oluremi Akinlawon, in London in 1963.

Four years later, she gave birth to his first child, Iyabo. The union became strained as Oluremi opposed Obasanjo’s relationships with other women. In the mid-1970s, both parties went their separate ways.

A few years later, Obasanjo began a common-law relationship with a news reporter, Gold Oruh. She bore him two children.

In 1976, Obasanjo married his second wife, Stella Abebe. She bore him three children. On 23 October 2005, the President lost Stella Obasanjo, a day after she had an abdominoplasty in Spain.

Renowned Nigerian journalist Peter Enahoro, in his book, Then Spoke the Thunder, reserved unsavoury terms like “a notorious grudge bearer” and “unreformed bully” to describe Obasanjo.

Critics maintain he was guilty of corruption, that his governments oversaw human rights abuses, that he was “the kind of man who kicked away the ladder they put up for him to get to the Presidency” (we quote Enahoro yet again), and that as president he became too interested in consolidating and maintaining power for personal use.

However, Mathew Olusegun Aremu Obasanjo has been described as one of the influential figures of post-colonial African leaders.

Obasanjo, who has received praise both for overseeing Nigeria’s transition to civil rule and for his Pan-African efforts across the continent, may well be the greatest chameleon in world politics.

Is chameleon the 44th synonym for the word, Leader?