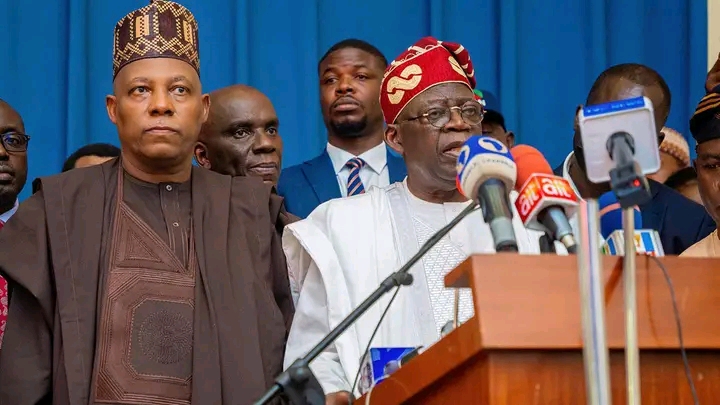 ANigerian Islamic preacher, Abdulmutallab Mohammed Auwal, has charged Muslims to consider the All Progressives Congress (APC) and its Muslim/Muslim ticket as a call to Jihad.

At a special prayer session organised by Muslim clerics in Kano, Northwest, Nigeria, for the success of Bola Tinubu’s candidacy, Auwal informed that the Tinubu/Shettima’s Muslim/Muslim ticket had defined the supremacy of Islam.

He, accordingly urged all Muslim voters, to overwhelmingly vote the Tinubu/Shettima, Muslim/Muslim ticket on the day of election.

“This meeting was convened by our group, Islamic Preachers and we’ve invited about 75 Muslim groups, including the Kaduna State Izala and the Jos (Plateau state) Izala, the Salafiya, Kadariya, IMWAN, Muslims in Da’awa, Women in Da’awa. Also here are groups like Yoruba and Igbo Muslim groups. Last but not the least, we have here the Kano Imams’ group.

“The import of today’s sitting is to let the clerics and indeed all Muslim leaders know that the Muslim/Muslim ticket is not about mere promises of bringing dividends of democracy like road and infrastructure. This ticket is about the supremacy of Islam. This ticket has honoured Islam. Therefore, we’ll honour it with our ballots.

“Furthermore, remember that a Muslim is always better than an infidel. What more of two Muslims combined? This informed why we undertook to create this awareness and to let all of us know that this Muslim/Muslim ticket is a jihad call to all Muslims,” Auwal said.

Another cleric, who is the leader of Izala sect in Kano, Sheikh Abdallah Saleh Pakistan, disclosed that Tinubu had over a long time promoted the enthronement of a Muslim/Muslim candidate.

He said, “We’ve discussed extensively on how this candidate (Tinubu) has for a long time strived to actualise the Muslim/Muslim ticket.

“He paired Nuhu Ribadu with a Muslim Yoruba back then and was also instrumental to the Abiola/Kingibe, Muslim/Muslim ticket.”

On his part, Kano State Governor, Umar Abdullahi Ganduje, asserted that the Tinibu/Shettima ticket would be supported by all Muslims, insisting that the practice was not new in the country.

“Muslim/Muslim ticket is not new to Nigeria. The Abiola/Kingibe Muslim/Muslim was overwhelmingly voted Muslims and it succeeded. Unfortunately a military junta nullified the victory. Another opportunity is here and thank God we’re now in democracy; no one can annul the election,” Ganduje averred.