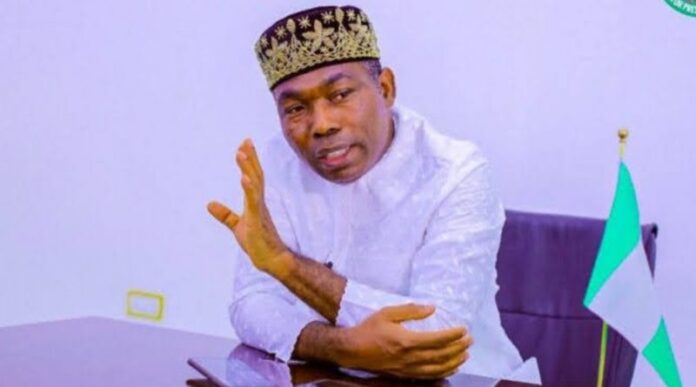 Anyone can do social media polls and purposefully omit one candidate due to a certain issue.”

When asked about his thoughts on the social media polls conducted to gauge each party’s chances in the 2023 General Elections, Prince Adewole Adebayo, the Social Democratic Party’s (SDP) presidential candidate, responded as follows.

“Our Party runs issue-based campaigns rather than campaigns focused on trivial matters. In Nigeria, we are accustomed to seeing hired audiences turn out for campaigns, but because of the strong bonds we have built with the people, they warm up to us despite our lack of financial backing.

READ ALSO : SDP Govt, Under Me Will Stop Crude Oil Theft In One Week – Prince Adebayo

“Some of the inquiries made on social media are not framed to address the problems at hand.” He spoke.

The Independent National Electoral Commission (INEC) norms specify that no candidate should spend more than five billion Naira, yet politicians often violate them with impunity, he continued.

The vast majority of expensive campaigns are carried out with enormous sums of money that were undoubtedly obtained illegally, and the majority of them do not address issues and how they effect the general public.

“As members of the SDP, we firmly believe that the Party belongs to the people, and we work to educate voters on topics like budgetary balance, security, housing, and education, among others.

“That is why we are very confident that we will win the elections because we empower the citizens to collect the Permanent Voter Cards(PVCs) and also let them know the issues that should influence their choice of candidates.”