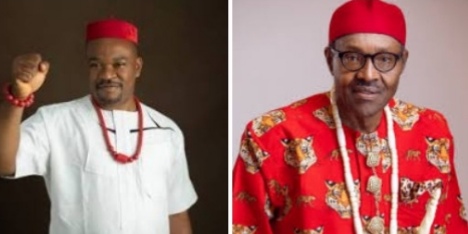 Save Nigeria President, Dr Charles Chukwu has expressed optimism of a greater future for Nigeria notwithstanding the myriad of challenges presently besetting the country.

According to the Save Nigeria Project (SNP) President, “we stand at the gates of a new nation. And we see its lights shining bright; the nation of God’s promises, a nation of opportunities, equity and justice, a secure and prosperous nation, a nation of laws and righteousness.

“Even if what we see today seems bleak and dark, we are confident that God who owns the heavens and the earth will fulfill His promises concerning this nation ” Nigeria”

With great enthusiasm and expectations that Nigeria would become a great nation that would be the pride of Africa, he said.

He observed that for the greater part of Nigeria existence, the country has had its share of political instability but from 1999 till today, the Nation has not experienced any military insurgency and forceful imposition of dictatorial rulers in the nation.

Dr Chukwu commended President Muhammadu Buhari on the achievements in the fight against insurgency and other related violent crimes in the country.

According to him, the administration has been able to counter insurgency, limiting the insurgents to the North East, a feat which he said has restored relative peace to other parts of Nigeria.

“This, he is doing in fulfillment of his campaign promises to Nigerians to tackle insecurity as part of his cardinal objectives and goals in government.

According to SNP Boss, President Muhammadu Buhari has shown political will to roll out policies, incentives and finance to improve the generation, transmission and distribution of reliable electricity to all, including the poorest and most vulnerable Nigerians.

He also commended President Muhammadu Buhari for the major achievements recorded so far by his administration in the area of infrastructure development.

He said that the government has also recorded successes in road infrastructure, noting that the Second Niger Bridge which is already  completed, was a commendable project of the President.

Muhammadu Buhari’s tenure had witnessed laudable feats which ranged from anti-corruption fight to infrastructure development as well as youth empowerment.

In the area of Agriculture, you will agree with me that the nation has witnessed a dimension of increase in Agricultural yield, not just for peasants but also for exportation. In the last two years, we have seen a decrease in importation of commodities which can be and are produced in Nigeria.

The ban on importation of some products by this administration widened yield by the nation’s agricultural sector,” he said.

Dr Chukwu noted that there were also a myriad of social investments programmes which the president introduced, pointing out that the recently introduced Nigerian Youth investment fund was top on the list.

“This programme is not only geared towards ending poverty but creating trans-generational wealth where a poor man can become rich because the right environment has been created by the Federal Government,” he said.

On the fight against corruption, he noted that it was a landmark achievement of the administration, stressing that government no longer borrowed to pay salaries but for infrastructure alone.

Under this administration, borrowings have not been for consumption but for infrastructural development. We are not regretting supporting President Buhari,” he said.

He said the current administration of President Muhammadu Buhari has made very good strides in the area of Agriculture, Infrastructure Development and Others.

He however said the next President of Nigeria has a lot to do in addressing the issue of inflation, Security and a general improvement in creating a value add chain for the Agriculture sector which has consistently performed well during the life of the Buhari administration.

So I think the outgoing administration in many respects can be given some applause, especially when it comes to the infrastructure deficits and the control and the administration and the projection around those areas, looking at roads, looking at trains, linking regions of the country together, as should be the case that would stimulate trade and agriculture.

I think this administration has done quite well enough. Yes, there’s always room for improvement. But when you are an administration that has experienced two recessions, one due to COVID 19 and then the fallout from Covid- 19, it would be difficult for Nigerians to really be the objective because their bottom lines, their amount of income, the value of the money that they have has really been eroded. He said.