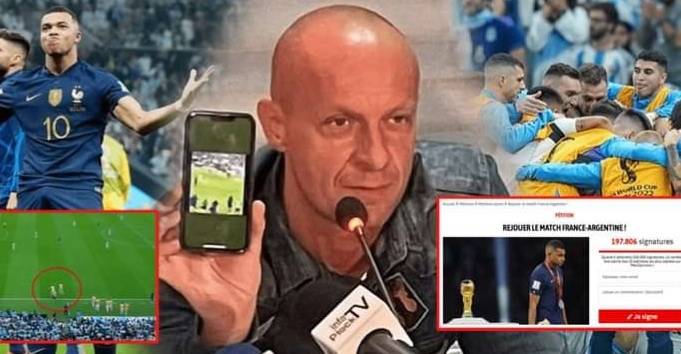 More than 200,000 people have signed an online petition asking FIFA to change when Argentina and France play in the 2022 World Cup final. France and Argentina were originally scheduled to play each other.

The uproar surrounding the events in Qatar has not subsided in the nearly seven days that have passed since Argentina’s victory against France to claim the title of World Cup 2022 champion. More than 200,000 football fans, the most of whom are from France, have just joined an online petition in which they demand that FIFA reschedule the final match because of errors that they believe were caused by the referee.

On the well-known petition website MesOpinions, these supporters solicit signatures and gather them from other users. During the game that took place on December 18, Argentina went ahead as a result of a goal scored by Leo Messi from the penalty spot. Earlier, Polish referee Szymon Marciniak had penalized Dembele for fouling Di Maria in the penalty area of France, and fans had petitioned that this situation was not sufficient to award a penalty. Marciniak had sided with the referee and given the penalty.

In the same letter, the French supporters claimed that Argentina’s second goal should not count because Cristian Romero committed a foul on Kylian Mbappe just before Angel Di Maria made contact with Hugo Lloris. They questioned once more why the VAR was not used and urged the referee, Szymon Marciniak, to watch the slow motion film.

When Argentine players swarmed the field to celebrate before Leo Messi scored to make it 3-2 in extra time, the French media quickly “unmasked” the referee crew that was directing the contest.

This petition received more than 200,000 signatures, propelling it into the top 20 most signed requests on MesOpinions. However, supporters from other countries across the world believe that this is merely a pointless gesture on the part of the French fans. At the World Cup in 2022, they will without a doubt be unable to effect any kind of change.

I made mistake in World Cup final Says Referee

The referee that officiated the 2022 World Cup final in Qatar, Szymon Marciniak, has said he made a mistake during his officiating at the Lusial Stadium. 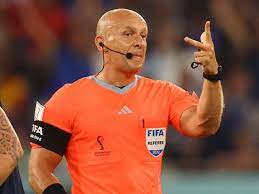 The Poland referee has been widely praised by both football lovers and professionals for his topnotch officiating of the final match between Argentina and France, that saw the Lionel Messi-led Argentina side lift the trophy after an electrifying 120 minutes football that ended in a penalty shootout.

Marciniak on Saturday admitted that his widely praised officiating was not completely error-free.

According to the Express UK, French media had slammed him for allowing Messi’s extra-time goal to stand because three Argentina substitutes broke FIFA rules by entering the pitch before the ball crossed the line.

Marciniak fought back by presenting a screenshot of seven France players standing on the pitch when Kylian Mbappe netted his equalising penalty later in the game.

While he tackled the game’s big decisions excellently, he has however admitted that his performance wasn’t completely error-free.

“Of course, there were mistakes in this final,” he told Sport PL.

“I was afraid that the fouled player wanted to unwind, and I read it wrong because nothing happened, and you could give an advantage and then come back with a card.

“It’s hard. In a game like this, I take such a mistake in the dark. The important thing is that there were no big mistakes.”

Argentina defeated France 4-2 on penalties to win the 2022 world Cup.