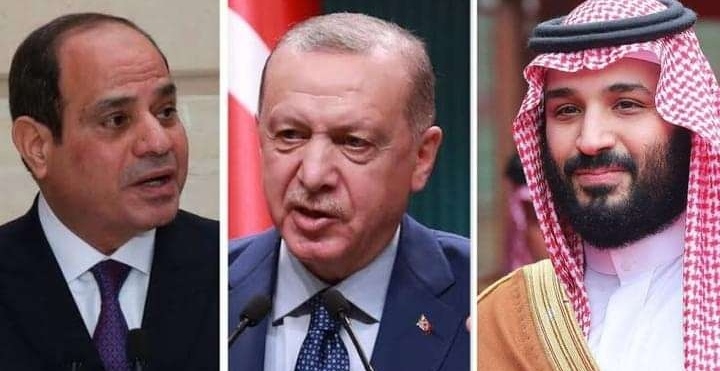 Three of the largest oil producing countries in the world are pushing fast to become the leading global player in the manufacturing of electric vehicles next year, as the world shifts towards achieving clean energy.

Millionaire Mom Exposes ₦7,765,806
These three countries: Turkiye, Saudi Arabia and Egypt, which are all in the Middle East region, are all working to become powerhouses in the electric vehicles manufacturing industry.

The decision of the three countries is paving way for an era where next-generation electric vehicles are made in a region that has been traditionally associated with fossil fuels, with manufacturers in those countries seeing new government policies backing the technology-driven initiative.

In 2019, Turkish President Recep Tayyip Erdogan, who has been an outspoken supporter of electric cars, unveiled prototypes of domestically produced electric vehicles in the country.

Mr Erdogan is a known figure with Togg, a Turkish e-vehicle manufacturer which aims at producing 175,000 midsize SUVs a year at its 4,300-worker Gemlik Campus located about 125 km south of Istanbul.

Ford Otosan and Karsan are also working on making more electric vehicles available in the country in the near future.

Saudi Arabia, which is the world’s largest oil exporter, has also set its motion in play on achieving clean energy and evolving into an electric cars dominated era, with the Crown Prince Mohammed bin Salman introducing the world to the new era.

The Crown Prince had last month launched the country’s first Saudi vehicle brand Ceer to design, manufacture and sell sedan parts to customers especially in the Middle East in a partnership venture between the Saudi Public Investment Fund and Chinese manufacturing conglomerate Foxconn.

Meanwhile in Egypt, The president of the northern African nation, Abdel Fattah El-Sissi, said during the World Youth Forum in Sharm El-Sheikh he would personally commit to seeing Egypt electric vehicles built in the country, stating that production will commence in 2023.

“We have moved quickly to establish a partnership with many companies to produce electric cars in Egypt,” Mr El-Sisi said. He added: “Starting in 2023, we will produce the first Egyptian electric car.”

The private sector in Egypt has also started plans to develop locally made electric cars in the country, with General Motors and its Egyptian partner Al Mansour Automotive, building a facility to roll out Cadillac’s all-electric midsize luxury SUV Lyriq by the end of 2023.

According to VOA, Infinity Power- a joint venture between Egypt’s Infinity Energy company and the UAE firm Masdar- is already operating around 440 charging points across the country.