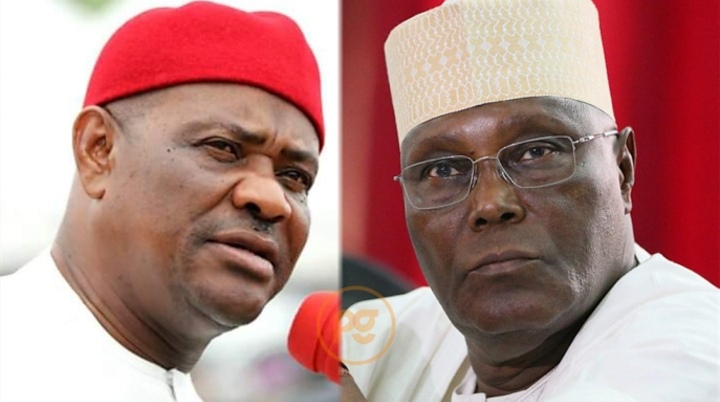 In his latest onslaught against the Atiku Abubakar presidential campaign, Governor Nyesom Wike has sealed off the Rivers State Atiku/Okowa campaign office.

The office, located at the GRA axis of Port Harcourt, was sealed off for producing noisy political activities in residential areas without approval from the State government.

Mr Wike had sealed off the campaign office based on Executive Orders 21 and 22.

The Peoples Democratic Party (PDP) Presidential Campaign Council in Rivers had written an application seeking approval to use the office premise for its political activities.

The application had been ignored for months until the venue was sealed on Friday.

The media team of the state’s PCC described the seal on the office as anti-democratic and a violation of free expression.

“The public is hereby informed that the sealed premises had no bill board or poster, since the approval had not been given, yet it was sealed off, a sign that the delay in the approval is premeditated and computed to cause this sort of unlawfulness. 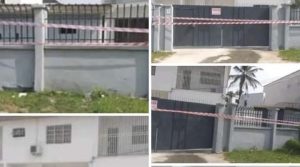 “We condemn this act because it rubs off on our fundamental right to free expression of interest. Furthermore, this egregious move by the Rivers State Government, seen in the prism of politics, tends to militarise our democracy and renders our dear state politically recessive when juxtaposed with other states in the country,” the media team said in a statement.

It further advised the leaders of the party in the state to seek legal redress per the provisions of the constitution.

“We urge our dear leaders in the state to challenge this illegality in a court of competent jurisdiction so that friction can disappear from our political space.

“The right to campaign for preferred candidate is enshrined in the Constitution of Nigeria, which is the grand norm from which every other law derives its power.

“It is our duty to remind Gov. Wike and his co-travelers that they, like everyone else, are subject to the Laws of Nigeria.

“Meanwhile we charge the Rivers State PDP PCC, our dear leaders, to see to it that this unlawful disruption of campaign activities does not rattle their cage. They must continue to function as they always had prior to the existence of the Secretariat.

“Tyranny will expire in our state. If the Nazi Regime could die in Germany, then this facsimile of such will die even much faster to the glory of God and liberty of Rivers State,” it added.