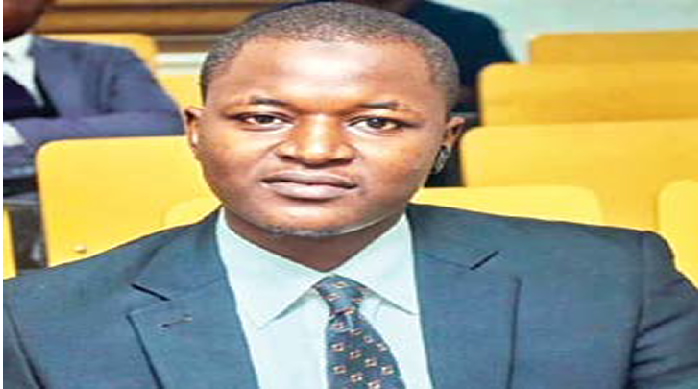 Can you kindly introduce yourself ?

My name is Ibrahim Arif Garba. I am from Kano State. I am also based in Kano. I am  Hausa and a lawyer.

Where did you study Law

How long have you been practising?

I have been practising for seven years.

You recently made a post on your Twitter page in which you disclosed that you married a woman who is your first cousin. How true is that?

That is so true.

Can you explain how it happened?

Yes, my wife and I are from the same family. She is my first cousin and we knew each other and then it just happened. It is like falling in love with someone and deciding to take it further.

Is that a tradition in your place? Does your tradition permit that?

I can’t really say it is a tradition applicable to all the North but it is Islamically right to marry your cousin and my culture doesn’t forbid it.

READ ALSO : What Is The Annual Salary Of Pope Francis? The Answer Might Surprise You

How did your colleagues and friends from other regions react when they knew you and your wife are cousins?

Apparently, no one brought up the issue because many that are my friends were not even aware I married my cousin, most especially when we had our wedding.

But many people have married their cousins. When I made the post, it was the first time I realised that there are so many people in this country that see it as an abomination or taboo. So, I was surprised. Some people told me it is kind of weird to them.

Some of the people who reacted to your tweet believe your marriage to your cousin is incest. As a lawyer, are they right?

That is their opinion; incest is only when you marry your sister, that is your blood sister, from the same mother, or from the same father. That is incest. But marrying your cousin is not incest and Islam doesn’t forbid it.

As a Muslim, before I even became a lawyer, I had always been conscious of everything I do, I always make sure whatever I do is religiously right. If it is religiously okay and naturally okay, I don’t think there will be any problem.

Some of the people who commented said such a marriage has some spiritual or maybe medical implication.  Does that give you any concern or do you think it’s mere superstition?

And all my siblings are okay, so I can’t agree that there is an effect attached to marrying one’s cousin.

Is this something you are likely to encourage your children to do?

Why not, if they want to, it is their choice. We don’t force marriage on people, as long as Islam and our culture don’t forbid it. As long as your genotype are compatible,  you are good to go. Before I got married to my wife, we checked our genotype and blood group and we were good to go.