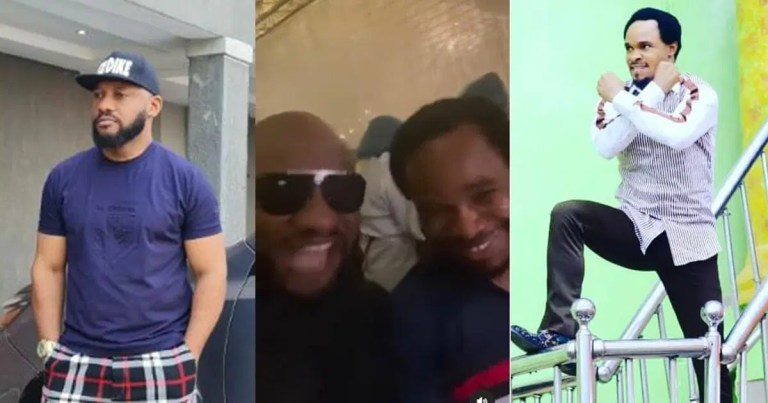 Veteran Nollywood actor and director, Yul Edochie has taken to his social media page to reveal that he has been promised a highest power by renowned clergyman, Odumeje.

The Nollywood star shared a video on his social media page where he was spotted with the pastor, as well as Big Brother Naija season 6 winner, Whitemoney, and further stated that he will be shutting down everywhere once he gets the supposed power from Odumeje. Yul Edochie wrote:

“Odumeje has promised to give me his highest power which he hasnt even used.

Sometimes earlier this month, Yul Edochie claims God has called him to become a minister

Nigerian actor, Yul Edochie has explained in a video shared via his YouTube page that God has called him to become a minister.

The Nollywood actor revealed he had a calling to become a minister of God “many years ago” but felt it was not the right time.

Edochie said the calling has become strong in recent times. The actor added that he has realised that God made him successful so he can use the fame to promote the gospel and touch lives.

Read Also : Bayankole: Tribe Where Bride’s Aunt Must Have S€x With Groom To Test His Potency

The movie star also said he believes God gave him a second chance to live and preach the gospel after he “miraculously” escaped death in a “ghastly auto crash” in 2019.

Read also:Yul Edochie parties with first wife, May, says no one can put them asunder (VIDEO)

“But I always felt the time had not come or the timing wasn’t right. But now, it’s very strong. I feel the time has come. God has blessed me in this life and by the grace of God, I have become one of the biggest and most celebrated actors in Nigeria and Africa.

“I have realised God lifted me as an actor so I can become one of his ministers and use that fame to preach the word of God. My purpose in life is to become a minister of God and touch lives.”