In addition to kidnapping the VIP, the attackers made off with an undisclosed sum of money.

The armed robbers, who reportedly wore military uniforms, seized the convoy, mu*dered the policeman, and fired randomly before kidnapping the victim. 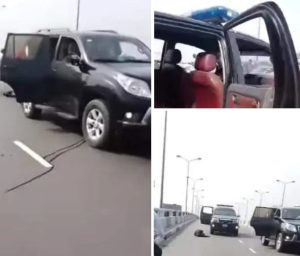 It was also discovered that the crooks had already set up an ambush and waited for the convoy.

A source who witnessed the incident reported that the bandits acted without interference, generating terror among the locals.

“This afternoon, at 3 p.m.,” he stated. We heard gunfire from the top of the overpass. We initially believed that the shooters were security personnel because they were wearing military uniforms.

“Shooting persisted as automobiles at the base of the flyover were required to stop. They murdered four police officers who were escorting a prominent individual.

“They stole money from the convoy and kidnapped the prominent individual. They then entered their own vehicle and drove away.”

Grace Iringe-Koko, a Superintendent of Police and the Public Relations Officer of the Rivers State Police Command, verified the incident and stated that three officers were engaged. 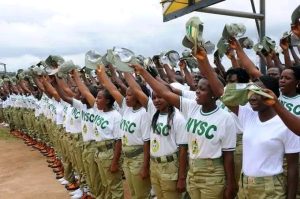 In a voice note obtained by correspondent, a female youth corp member who is part of Batch C stream 1 that just came out from their three weeks orientation camp said their bus was ambushed in Lokoja and all of the corp members inside the bus were taken to bush.

“Don’t tell anyone that I have been kidnapped, they just gave me my phone to contact my people. I am trying to contact my parents but their numbers are not going through. I was actually travelling from Abuja to Asaba. I was supposed to report to Asaba today, they shot at our bus and took all of us inside bush,”she said.

Efforts by IgbereTV to get the reaction of the NYSC as at the time of filing this report proved abortive.