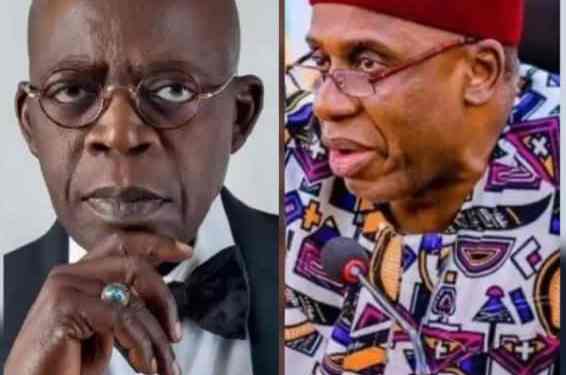 Minister of Transportation, Rotimi Amechi among other All Progressives Congress (APC) stakeholders are reportedly seeking disqualification of the party’s presidential candidate Bola Tinubu from the 2023 election following his alleged presentation of fake certificate to INEC.

Hotmedia.ng gathered that the latest move by Amechi who lost the June presidential primary of the APC to Tinubu with others was to save the party from risk of going into the election with Tinubu’s ticket which can be challenged in court.

The lastest move was disclosed by a lawyer, Baron Chymaker, who quoted a source who prefers anonymity.

According to Baron, “Information from my sources within the All Progressives Congress camp is that, CRA (Chibuke Rotimi Amechi) is open to the idea of seeking the disqualification of Bola Ahmed Tinubu on grounds of presenting a Fake Certificate to Independent National Electoral Commission (INEC).

“They said he believe it’s a very big risk to go into the election with a contaminated tomato because any candidate of the other party can take up the case after election and there is every possibility that their candidate will be disqualified.”

He further disclosed that “Whilst he’s consulting with Chieftains of the Party but unable to meet Mr President yet, BAT (Bola Ahmed Tinubu) had already offered him the position of the SGF in the event that he wins and press on those talking the CRA not to take up the case.

Barrister Baron further quoted his source stating the former Lagos State governor, Tinubu “boasted that he has the Court up to the Apex court under his control.”

However, public interest and human rights lawyer, Inibehe Effiong, in reaction to the information disclosed by Baron, said the APC cannot substitute the name of its presidential candidate after it has passed 14 days it submitted his name to INEC.

Citing the Electoral Act 2022, Inibehe said, “Such claim is now time-barred, the 14 days period prescribed by Section 285 of the Constitution has elapsed. The time began to run from the day his name was presented to or published by INEC.”

The presidential candidate of the ruling All Progressives Congress, Bola Tinubu has been caught in a cobweb of heroin case, presenting of fake certificate to the electoral body and lying under oath.

David Hundeyin, an investigative journalist, who reported on the above-alleged irregularities in his West Africa Weekly quoted that Tinubu was indicted in heroin trafficking and money laundering case in the United States.

David in another report in West Africa Weekly reported that the APC presidential candidate forged the Chicago State University certificate he submitted to INEC.

Another allegation against Tinubu was that he provided misleading information to the electoral body.