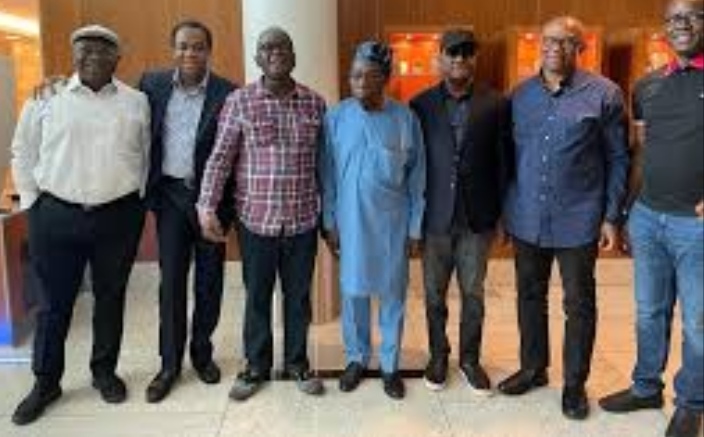 G5 Governors, the former president of Nigeria, Olusegun Obasanjo Bode George Finally Pick Presidential candidate the media reports that the five governors elected on the platform of the People’s Democratic Party, PDP, and some aggrieved party leaders have finally picked their choice in the pool of 2023 presidential candidates across different political parties.

The final decision, according to a very credible source in the ongoing meeting in Lagos, said “Today’s meeting is just a formality.

They took the decision yesterday to support Peter Obi of the Labour Party. The meeting is ongoing and they would announce later today. They just want to make it look like a unanimous decision and they also have to shift the meeting location to Lagos as a mark of respect for elderly Bode George,” the Senator told our correspondent.

Continuing, the source said “They are ready to mobilize funds for Obi. More serving governors and former governors including ministers will join soon. The former president Olusegun Obasanjo is working on that, funding and mobilization will not be a problem to Obi at all,” he stated. 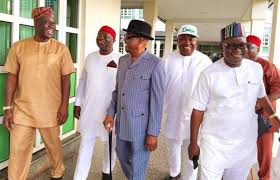 It would be recalled that the Presidential Candidate of the PDP, Alhaji Atiku Abubakar and Governor Wike have been at daggers drawn over removal of Ayu and the need for the South to produce the party’s National Chairman.

The governors and some aggrieved party leaders are currently having a strategic meeting in Lagos, which may not be unconnected to the agitation for the removal.

The group is composed of aggrieved party stalwarts and five governors (G5) of the party who are up in arms against the national leadership since the fall out of the presidential primary election in May, where former vice president Atiku Abubakar emerged as presidential candidate.

The G5, led by Rivers governor Nyesom Wike, who came second at the party’s primary, have been clamouring for the resignation of the PDP National Chairman, Dr Iyorchia Ayu, shortly after the party’s presidential ticket was won by a northerner, Atiku Abubakar.
Addressing reporters before going into a closed-door meeting, Mr Makinde said the Integrity Group remained the face behind the struggle within the PDP.

“You can see us, five serving governors, as the face of this struggle. Both the leaders and elders of the party that you see here are the people behind those faces.

“We are in the South-West to review the situation within our party, to review where we are and to also look at what is going to happen in the coming elections,” he said.

Mr Makinde noted that at the end of the deliberations, the group would fully brief the media on their stand on all the burning issues within the main opposition party.

“On behalf of our leaders and elders in the south west, I want to welcome members of the Integrity Group and wish us well,” he said.