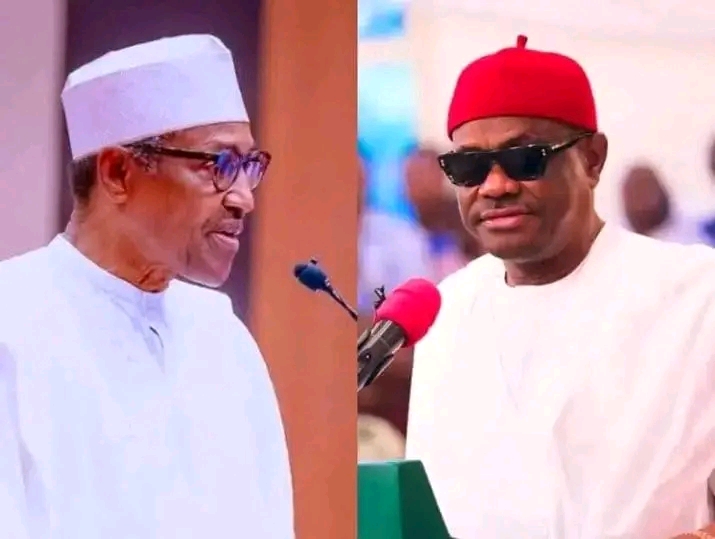 The river state governor, Nyesom Wike said It Is Unfair If I Didn’t Tell People The Money I Use For Projects Was Paid By Buhari

The first indigene of Rivers state (Nyesom Wike) said, “many people have been asking me where I get money to facilitate projects from. Well, it will be unfair if I don’t tell the public (people) that the money I use for projects (flyovers) was approved and paid by President Muhammadu Buhari. It was the money they refused to pay the Niger Delta states since 1999.”

Speaking further, Governor Nyesom Wike said, “President Muhammadu Buhari paid for Rivers, Delta, Akwa Ibom, Edo and Bayelsa states their percentage (13%). That is why since 2019 till this moment, we have now commissioned the 9th flyover and we will still commission more flyovers soon. I am sending my thanks to President Buhari through the Attorney General.”

Rivers State Governor, Nyesom Wike has challenged his counterparts in the Niger Delta zone to account for the huge sums of monies received by them as backlog for the 13% oil derivation since 1999, which was approved and paid by President Muhammadu Buhari.

Wike threw the challenge at the nine governors on Friday night when he spoke during a banquet organised by the Peoples Democratic Party (PDP) in Rivers State for the PDP G5 governors who are in Port Harcourt for the party’s state-level campaign flag-off on Saturday.

The governor told attendees at the banquet that while he can point to the projects executed by his administration with the monies in Rivers, some of his colleagues cannot show any proof.

He said, “I am not an Apostle of Buhari; he is not my friend but I have no regret to appreciate him for paying the money meant for the Niger Delta states. He has paid. Let everybody come and account for it.”

Wike had during the commissioning of the Nabo Graham-Douglas CPUs of the Nigerian Law School in Port Harcourt commended Buhari for approving all the monies accruable to the Niger Delta states since 1999.

Wike lashed out at an unnamed politician whose interest he said is in marrying many wives and attempting to collect from the Federal Government over 400 million dollars as consultancy fee.

He said while he is looking forward to the day the party will sack him as advised by the unnamed fellow, he should tell his governor to account for the refunds received from the Federal Government.

He insisted that the G5 governors cannot be broken, as they are bonded to save Nigeria.

Wike also maintained his position not to campaign for the PDP presidential candidate, Atiku Abubakar in Rivers.

He said the campaign that will be flagged off in Port Harcourt today will be for those contesting the National Assembly, State Assembly and Governorship seats in Rivers.

According to him, the symbolic handing over of party flags to the candidates will be performed by the PDP Deputy National Chairman (South), Taofeek Arapaja.

‘No Regret To Provide Logistics Support For Obi’
On his promise to give logistics support to the presidential candidate of the Labour Party, Peter Obi, Wike said he has not regret.

He said Obi as a former governor of Anambra State deserved respect and state protection.

He promised again to release vehicles and security for Obi’s campaign in Rivers State.

In their brief solidarity speeches, Governor Samuel Ortom of Benue Sate restated the commitment of the G5 governors to fight for equity, rule of law and justice.

He said what is happening in the PDP is to ensure that everybody in the party is protected.

He re-echoed comments by Wike that they are not opposed to reconciliation but such effort must be based on equity, fairness and justice.

For Governor Seyi Makinde of Oyo State, the PDP will win in Rivers State as always since 1999 because the party is in the DNA of the people of the state.

Similarly, Governor Ifeanyi Ugwuanyi of Enugu State said he was convinced and satisfied that because the PDP has always won elections in Rivers, same will apply to the 2023 elections.

The Governor of Abia State, Okezie Ikpeazu joined his colleagues towards the end of the banquet as he was in Abuja to receive an award.