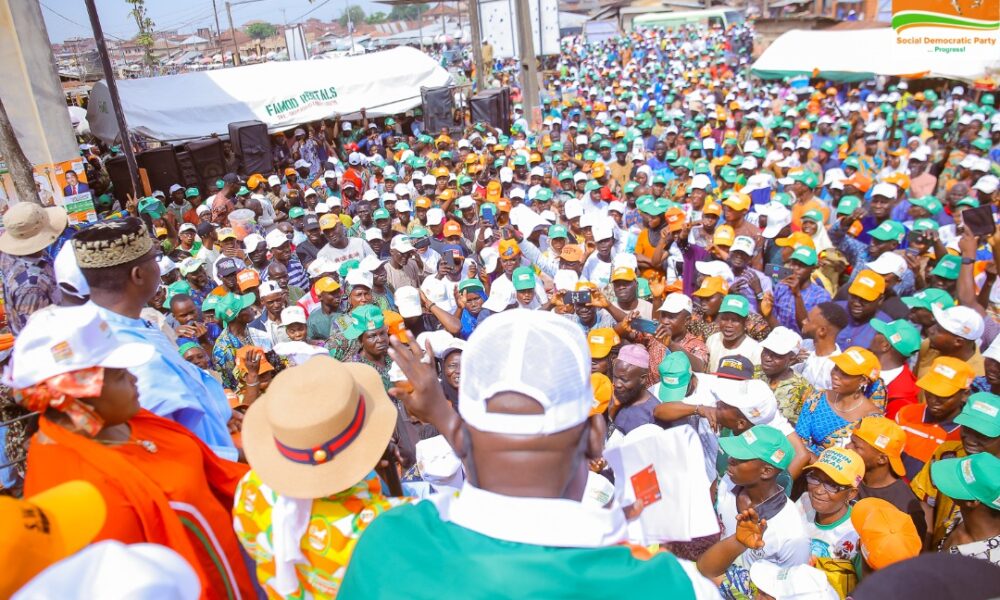 The SDP presidential candidate, Prince Adewole Adebayo has reiterated the commitment of his party to end poverty and insecurity in Nigeria.

While flagging off the campaign for SDP Oyo North Senatorial candidate Rt. Hon. Alhaja Mulikat Akande-Adeola in Ibadan, Oyo State on Wednesday, Prince Adewole said the government has always failed to perform its contract with the people.
He noted that the mission, purpose and agenda of the SDP is the welfare of the people.

He said, “We began the journey of 30 years ago with Moshood Kashimawo Abiola; we begun that journey by saying we will say farewell to poverty, but those who had the power of the day did not allow our wish to come to pass. 30 years later, we had more poverty, and on top of poverty, the grandchild of poverty is insecurity”.

“So we have now decided to select the important people, the committed people, the conscientious people, and compassionate people to come together and revive the Social Democratic Party”.

He said, “The wealth of Nigeria, It is not for taking care of politicians, there should be no difference in the house of a politicians and the house of the ordinary person”.

Speaking on education, Prince Adewole further said that the gate way to prosperity is education, which is for advancement and for empowerment.

He assured the people of Oyo state that the SDP will invest in education, with not less than one billion per local government.

While condemning the act of stealing Nigeria’s oil by those in high places, he noted that the monies coming to Oyo and other states is less than the money being stolen.

He enjoined Nigerians not to hesitate to throw out the persons that have looted the nation of its wealth, and vote in credible leaders.

He said, “American government says if they give Nigeria our gas money, Nigeria has more money than America; so don’t hesitate to throw them out of government”.