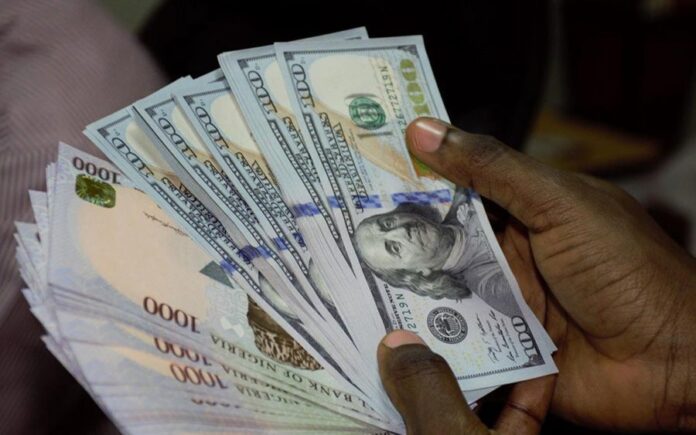 Operators of Bureau De Change in Adamawa state have temporarily stopped making transactions in United States dollars, following its crash against the naira from N870 to about N680.

For about 48 hours, the operators have rejected dollar bills from sellers due to growing uncertainty in the parallel market.

It was gathered that some of the operators at the Jimeta Modern Market in Yola, the state capital said they’ve incurred losses over the weekend due to the sudden and continued crash of the dollar which has destabilised the parallel market.

The chairman of the Bureau in Adamawa State, Lawan Mai Yasin, said the traders incurred heavy losses after they bought a dollar at around N870 from sellers before it suddenly crashed to N680.

He explained that many traders were apprehensive about the situation which still looked bleak for the parallel market and as such “we’ll hold on and monitor the trend to avoid further losses”.

“Traders have a large number of goods in stock which they purchased at a high price before the prices suddenly nosedived and continued to go down at the weekend, so with the uncertainty in the market, many of us are no longer buying for now,” Mai Yasin said.

Kenneth Dlazma, an expatriate told SaharaReporters that he was unable to sell dollars at the weekend because of low pricing.

“A guy who agreed to buy from me priced it ridiculously low; I think there’s an excess of the hard currency in stock,’ Dlazma said.

Read Also : US Dollar Crashes As Naira Appreciates To N740/$ At Black Market

The US dollar has been experiencing a free fall against the naira since last week. Last week, the dollar exchanged for about N900 per dollar with many people attributing the further weakness of the naira to a plan by the government through the Central Bank of Nigeria (CBN) to redesign the naira.

The Economic and Financial Crimes Commission (EFCC) recently raided some BDCs in Abuja, and some other parts of the country in a bid to strengthen the naira.

Meanwhile, the low exchange rates being experienced in Nigeria have increased the cost of imported goods and raw materials.