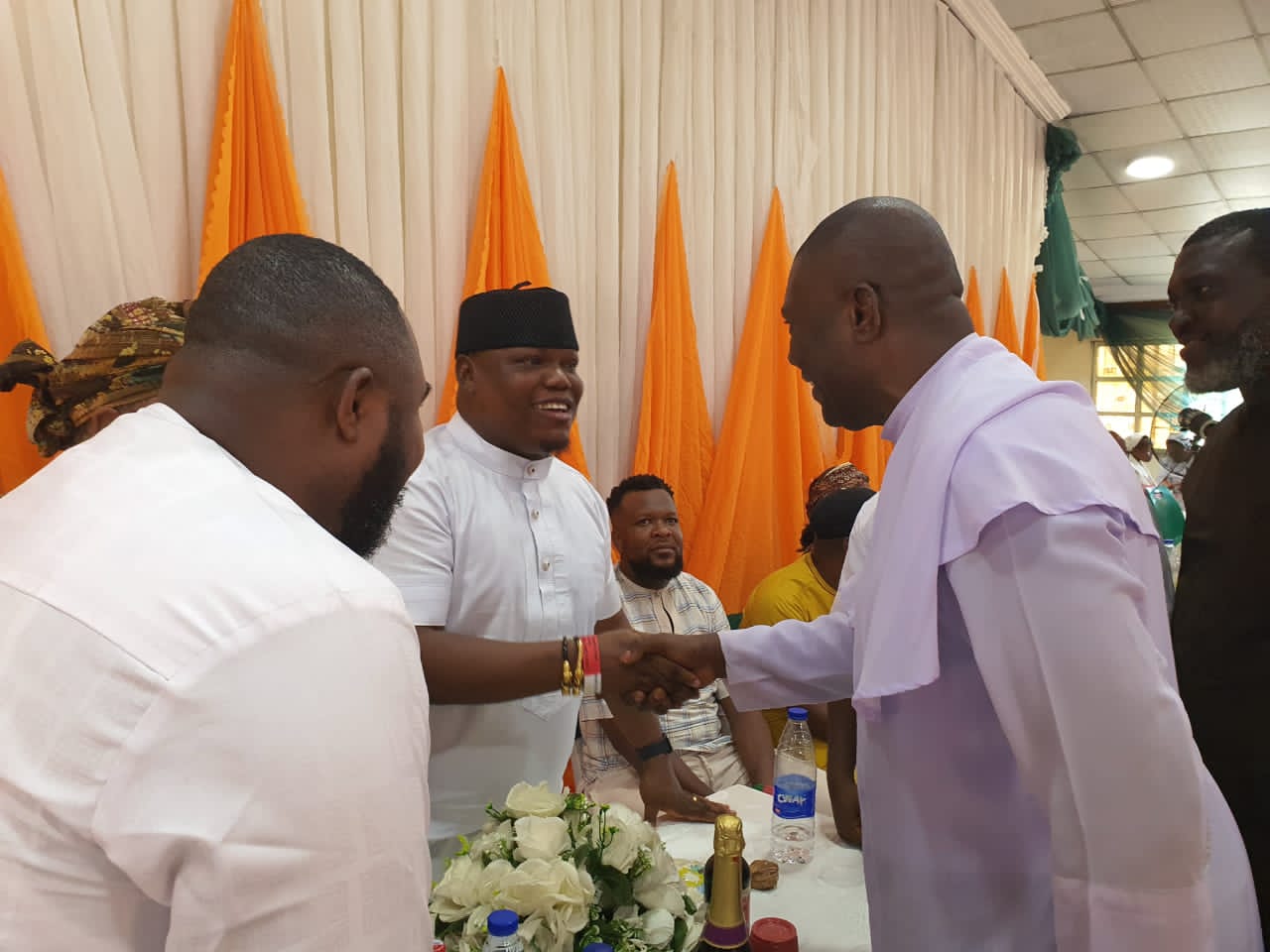 In each of the parishes visited, the people welcomed him in great excitement with music and dance while eulogizing him with wonderful songs.

In awe, some of the parishioners who were astonished at his humility and personality wondered why such a good man who should be supported and voted for to represent the Constituency in the Green Chambers will be distracted with about 4 (Four) court cases especially with the highest number of court cases coming from his own political party. They wondered why those who should embrace and hold such a rare jewel jealously are the ones fighting him. They reassured OmoBarca that their prayers are with him.

In other parishes, the parishioners wondered what a great man OmoBarca is. They were surprised that a man who is faced with so many politically related court cases and other personal and community challenges could still be this generous, they prayed that God Almighty will shame those who want to bring him down at all cost. They blessed Hon. Francis Barthlomew Chima aka OmoBarca and assured him that his mandate is Divine. The harvest train started with St. Margreth’s Catholic Church Olodi Apapa. Here, Hon. Francis Barthlomew Chima aka OmoBarca broke the Kolanut with the sum of #200,000 cash, opened the dish with another #400,000 cash and donated the sum of #2,000,000 (Two Million Naira) to the development of the Church. 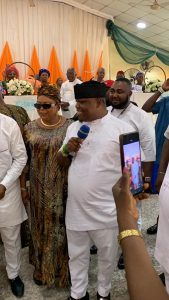 The train again moved to St. Matthew Catholic Church Amukoko which happens to be OmoBarca’s home parish. OmoBarca thanked the congregation for a warm welcome, broke a kolanut with the sum of #200,000 cash (Two Hundred thousand naira), Opened the dish with #400,000 cash (Four Hundred thousand naira) and Donated the sum of #4,000,000 ( Four Million Naira) to the development of the Church. Due to other engagements and circumstances beyond the human control of OmoBarca, he could not personally be at St. Joseph’s Catholic Church, Mobil Road and St. Peter’s Anglican Church, Tolu, however he was ably represented by Alhaji Kasimu Ebozogie and the DIrector General of the OmoBarca Campaign Council, Hon. Charles Chidiebere Ejimadu. On behalf of Hon. Francis Barthlomew Chima aka OmoBarca his Representatives donated the sum of #200,000 (Two Hundred thousand) at each of these Churches. Indeed God has blessed the people of Ajeromi Ifelodun Federal Constituency with a “man” like Hon. Francis Barthlomew Chima aka OmoBarca.

Recall that Hon. Francis Barthlomew Chima aka OmoBarca won the House of Representatives ticket for the peoples Democratic Party Ajeromi Ifelodun LGA and the party presented him with the certificate of Return on the 6th of June 2022 and forwarded his name to be published by the INEC on the 17th of June 2022. However, his candidacy is presently being challenged in court by Mr. Diriwari Oladipupo Wilson (PDP), Hon. Rita Orji (PDP) and Mr. Kalejaiye Adeboye Paul (APC).

The people of Ajeromi Ifelodun LGA are in prayers and are ready to support and vote PDP to victory in 2023 but all they have asked for is “Give Us Hon. Francis Barthlomew Chima aka OmoBarca”