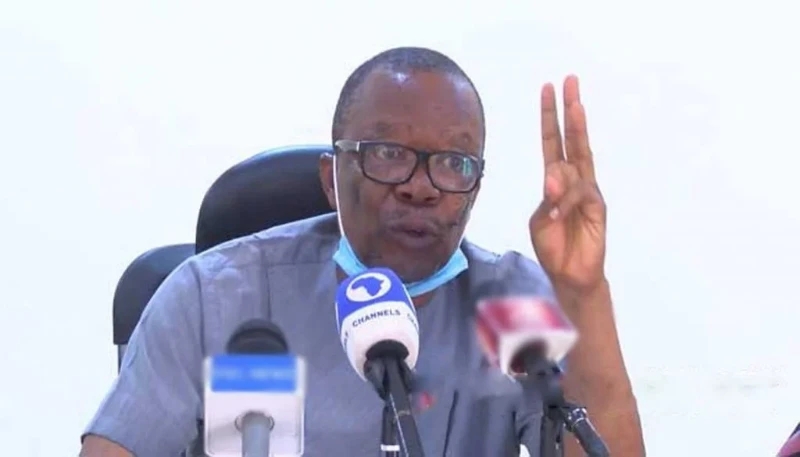 In less than one month after the Academic Staff Union of Staff Universities, ASUU, suspended its 8-month industrial action, the union and the Federal Government are back on a warpath.

Already, the National Executive Council of the ASUU is set to meet on Monday (tomorrow) to decide whether to embark on another strike or not.

The meeting, which is expected to be held at the University of Abuja campus, comes on the heels of the October salary cut received by members of the union, weeks after suspending the prolonged industrial action.

Recall that ASUU had on February 14, 2023, shut down both State and Federal government-owned universities over previous agreements yet to be implemented by the government.

The Minister of Labour and Employment, Chris Ngige, after what he described as “failed negotiations” dragged the striking lecturers before the National Industrial Court.

Read Also : Just In: ASUU Calls For Emergency Meeting As FG Pays Them Half Salary

The court, on September 21, ordered ASUU to call off the strike and resume duty with immediate effect.

ASUU had swiftly appealed the judgement but the Appeal Court also handed down a similar order, asking the striking lecturers to resume academic activities as declared in the earlier judgement.

During the strike, the President Muhammadu Buhari-led government vowed to sustain its No work, No-pay policy in a bid to force the union back to class.

But following the intervention of the Speaker of the House of Representatives, Hon Femi Gbajabiamila, it was reported that the FG had agreed to set the policy aside and pay the arrears.

But earlier in the week, lecturers were paid half salaries for October, a development that may lead to another industrial crisis between the FG and the union.

Recall that the University of Jos (UNIJOS) chapter of ASUU had on Friday commenced a fresh ‘strike’ to protest the half salaries paid to its members for the month of October.

A member of the NEC, who spoke to the press on the condition of anonymity, said nothing would stop the union from embarking on another strike, stressing that their earlier agreement had been breached.

He said, “We are meeting on Monday to decide on the Federal Government’s move. I don’t think there will be anything that can stop the union from going on fresh strike. Agreement is agreement”.

When contacted, the ASUU President, Professor Emmanuel Osodeke confirmed the NEC meeting but refused to reveal the date.

Asked if the union was planning to embark on another strike, Professor Osodeke simply said, “we have procedures, we will meet soon and whatever is the outcome, we will let you know”.