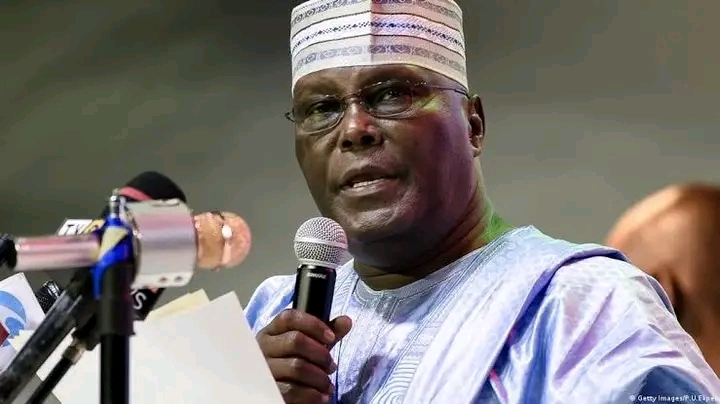 The Benue Youths Forum, BYF  has condemned statement credited to the Presidential candidate of the Peoples Democratic Party, PDP where he openly declared support for Fulani herdsmen and bandits terrorising the state.

The BYF in a statement signed by its President, Terrence Kuanum said the group read with utter disappointment the statement and comment.

The group described such statement as careless and unpresidential

“We have read with utter disappointment, a comment attributed to the presidential candidate of the Peoples Democratic Party, PDP, Alhaji Atiku Abubakar in which he clandestinely declared support for the Fulani terrorists and bandits wrecking havoc on Benue communities, destroying lives and property.

“Alhaji Atiku had while fielding questions during a presidential interactive session organized by Arewa Joint Committee held at Arewa house in Kaduna at the weekend, said he was “very angry with Governor Ortom for profiling Fulani as bandits and terrorists because he (Atiku) is also a Fulani person.”

“That careless and callous comment coming from an individual who is parading himself as a unifier clearly shows where he stands on the incessant invasion of Benue communities and massacre of the people and the destruction of their property by well armed Fulani militiamen.

“That ungodly outing also signposted the PDP Presidential falgbearer as a supporter of those bent on making the entire Benue landscape a desert through ethnic cleansing of the people.

“That Alhaji Atiku has been silent over the massive killings of unarmed and innocent Benue people because they refuse to surrender their land for cattle grazing was suspect. And now that he has come out to express how bad he feels that Governor Ortom has been resilient in ensuring that his (Ortom’s) people are not wiped out of the face of the earth by Atiku’s kinsmen finally confirm that the man who is privileged to be the holder of the title “Zege Mule u Tiv” is not really “the shadow under which the Tiv people can seek refuge”.

“We, the Benue Youth Forum take exception to that nauseating and ill-intentioned outing by Atiku in a desperate move to paint himself as a man deserving of the votes of people of the north.

“We see that evil statement which came from the abundance of Atiku’s heart as a justification of the massacre in Benue state and a mockery of those who died in those attacks as well as a declaration of support for the marauding Fulani terrorists that carry those heinous activities.

“The PDP Presidential candidate has simply told the Benue people in clear terms that if he becomes the president,  he won’t make any efforts towards ending the genocide persistently unleashed on them by the terrorists and bandits of Fulani stock who are said to be enjoying the backing of high-profiled Fulani men, especially politically exposed ones.

“The Benue Youth Forum therefore calls on the Tiv Traditional Council to immediately strip Alhaji Atiku of the cherished “Zege Mule U Tiv” title as a man who feels that the Tiv people don’t deserve their land and common patrimony is not deserving of that title.

“While we call on Atiku to moderate his desperation for power and avoid careless utterances just to attract sympathy even at the expense of the sanctity of human lives, we demand an immediate and well published apology from the PDP Presidential candidate for that assault on the entire Benue community.