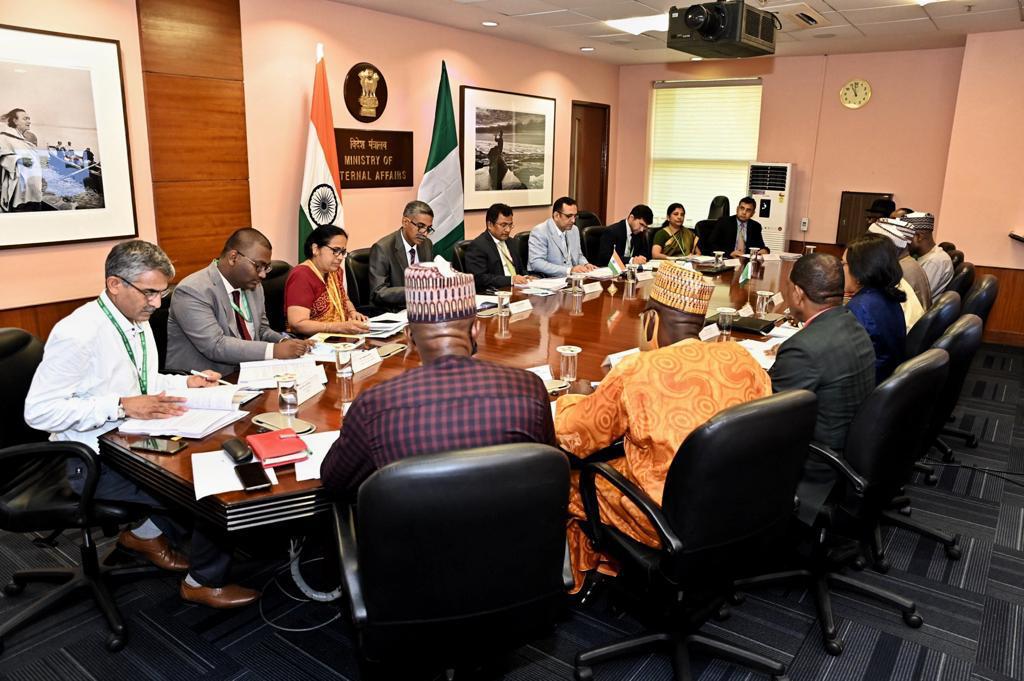 Nigeria and India have, among other issues, agreed to increase engagement to boost volume of trade and economic activities between the two countries.

They also agreed to pursue diversification with innovative suggestions for achieving the boost via such areas as mineral lease for infrastructure development and financing for term periods, including the establishment of special economic zones for production,manufacturing, pharmaceuticals and agriculture,while seeking the setting-up of Indian firms in Nigeria.

The above was part of the outcomes of the second round of Foreign Office Consultations between the two countries,which held, Thursday, in New Delhi. According to a release by the Nigeria High Commission in New Delhi,the Nigeria delegation was led to the meeting by Amb.Gabriel Tanimu Aduda, Permanent Secretary of the Ministry of Foreign Affairs, Nigeria,while the India side was led by Shri Damu Ravi,who is Secretary (Economic Relations), Ministry of External Affairs, Government of India.

In the words of the release:
“The delegations reviewed  different aspects of Nigeria – India bilateral relations, covering Political exchanges/visits, a considerable number of which have been at very high levels, the most recent being the visit by HE Geofrey Onyeama, Minister of Foreign Affairs of Nigeria to India in July 2022 and the visit of HE Shri V. Muraleedharan, the Minister of State for External Affairs, Government of India to Nigeria in August 2022.

“Trade and Economic matters bordered on increased engagement and diversification to boost volume of trade between the two  countries, with innovative suggestions for achieving the boost, such as mineral lease for infrastructure development and financing for term periods and establishment of special economic zones for production, manufacturing, pharmaceuticals and agricultural set up of Indian firms in Nigeria amongst others.

“On Consular and migration matters, the consultation discussed the extension of student visas to cover the school eligibility period and a buffer for internships and post-study skills acquisition as well as repatriations and other related matters.

“The meeting also touched on Development Partnership Projects under the Indian Technical and Economic Program (ITEC), which also cuts across Defence and Security Cooperation, Health, Education, Culture e.t.c. The two sides agreed to enhance people-to- people ties through deliberate engagement and collaboration between the Nollywood and Bollywood Industries in entertainment and film production.

“The two countries further commit to the reform of the United Nations Security Council, as well as the fight against insurgency in the Sahel and the Lake Chad Basin,” the piece concluded.

Also at the meeting were Amb. Ahmed Sule,the High Commissioner of Nigeria to India;Amb. Tunde Mustapha,Director Regions, Ministry of Foreign Affairs, Nigeria,as well as other officials of the Nigerian Mission in New Delhi,who participated in the session.

According to the release,the third round of the Foreign Office Consultations (FOCs) is expected to hold in Abuja on a date to be decided. 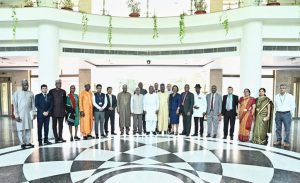 The Permanent Secretary, Ministry of Foreign Affairs,Nigeria,HE,Amb.GabrielT.AdudaandtheSecretary(EconomicRelations),MinistryofExternaAffairs,Governmentof India,Shri Damu Ravi (Middle) flanked together on their left and right by officials of theirbothcountriesduringthe Second Round Foreign Office Consultations between Nigeria and India ,which held in New Delhi,India,on Thursday, September 30,2022.