The new elected president general president of Igbo Youth Assembly Worldwide Casmir Irekamba stressed the need for inclusive governance and respect for rule of law, according to him, there is no part of the country without the presence of Ndigbo, adding that part of what was needed for economic development of Igbo land was already in the hands of their leaders if the people were ready to reinvent the true Igbo spirit. 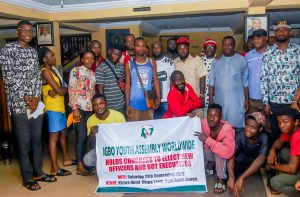 Ndigbo are know with enterprise, entrepreneurship, communal effort and communal spirit, spirit of adventure, there is no place you go and there is no Igbo man there.

The problem is how we the Ndigbo can utilize these skills in the area of economy and development.

“The Igbos are extremely unique and that uniqueness must be used to advantage. We need cooperation and working together. We should not work alone, if we have been working alone and not gone far, we should stop.

That is the meaning of Inclusiveness. Whatever we have as people must be used to develop the Igbo land. Each of the states in Igbo land has land. Our land is very fertile, very rich; but what are we making of it?

Citing the potentials that abound in Aba, Abia State with the locally made shoes and Ebonyi state with the present breakthrough in rice production, the IYA Worldwide President maintained that Igbo land could be the food basket of Nigeria and beyond.

“made in Aba shoes are beautiful shoes that can compete with any other anywhere in the world.

“Ebonyi is producing rice, well enough to feed the entire country and for export. Why can’t these initiatives be supported and so many others going on in the Igbo states?

Ndi Igbo must use their uniqueness to walk into the line of development. What Igbo land has is tremendous. We have fertile land, we have skill, all we need to do is to move away from the spirit of individualism and embrace communal effort. 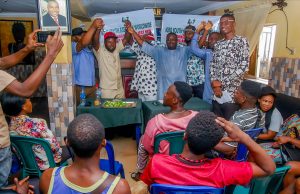 Let us have solidarity inside and let our charity begin at home not end at home. If we know and understand what we have, then we will complain less,” he said.

He Urge the youth to peaceful and progressive. Then charged the government on youth empowerment and development.