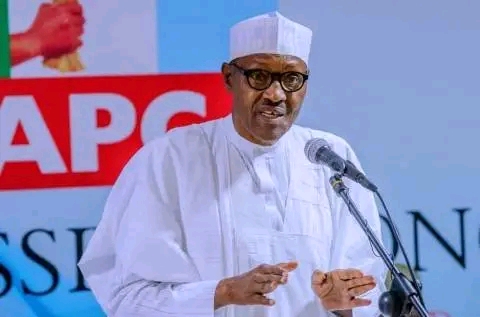 President Muhammadu Buhari on Tuesday said his administration has done “extremely well” but those who are supposed to commend his government for his achievements have failed to do so.

“In terms of time and resources, this administration has done extremely well. I have to say it because those who are supposed to say are not saying it. I don’t know why,” the President said in Owerri, the Imo State capital when he was hosted by Governor Hope Uzodimma after he commissioned some projects by the latter’s government.

The President once again blamed previous administrations, and the elite, for the state of the country.

“To be frank with you, I blame the Nigerian elite for not thinking hard about our country,” the President said.

“Between 1999 and 2015 when we came in, I will like people to check the Central Bank and the NNPC, the average production was 2.1 million barrels per day.”

He said the country was earning way more at the time but that did not reflect in terms of development.

“Look at the state of infrastructure, look at the road…look at the railway, it was virtually killed. (In terms of) Power, we are still struggling,” he added.

“But when we came in, unfortunately, the militants were unleashed, production went down to half a million bpd.”

The President also defended his handling of the Boko Haram insurgency, saying that before he came into office in May 2015, Boko Haram terrorists controlled local governments in Borno State but that has become a thing of the past.