Over a million people live in Nigeria’s local government with the highest population density. Authorities of LGAs can be found in a number of states and are charged with the responsibility of providing services to the local population. They are responsible for issues pertaining to public health, education, town planning, local transport, and waste disposal. Continue reading to learn more about the local government in Nigeria that serves the most people. 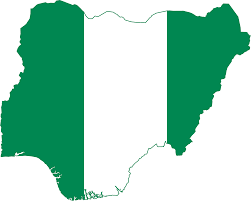 According to the most recent census, which was carried out in 2006, the following is a list of the local governments in Nigeria that are the most populous. It is anticipated that there has been a subsequent rise in the population since then. The following census will be carried out in the year 2023.

5. Mushin:
The Palm Avenue neighbourhood serves as the location of the Mushin Local Government Area (LGA), which is one of the twenty LGAs that make up Lagos State. Other municipalities that fall under the jurisdiction of the LGA include Ladipo, Matori Industrial estate, Amu, Itire, Idi Oro, Ajeano, and Isolo road.

Yoruba and a form of English known as Pidgin are the languages most commonly spoken. There were 631,857 people living in the region in the year 2006.

4. Kosofe:
Another Local Government Area (LGA) in Lagos, Kosofe has its headquarters in the town of Ojota. Ojota, Ikosi, Oworonshoki, Ajao Estate, Gbagada, and Ogudu are some of the districts that it consists of.

This Local Government Area is home to residents of a wide range of racial and ethnic backgrounds, and the Yoruba language is widely spoken. The number of people living in Kosofe as of the year 2016 was 682,772.

The neighbourhood of Ajeromi-Ifelodun may be found in the Badagry section of the state of Lagos. The Ajegunle neighbourhood is where its headquarters may be found. Popular places in Ajeromi Ifelodun are Orudu, Ashafa, Onibaba, Awodi, Layeni, and Temidire. Both Christianity and Islam are widely practised religions, and the Yoruba people are the largest ethnic group. In 2016, the number of people living in Ajeromi-Ifelodun was estimated to be 687,316.

According to the census completed in 2006, the population of the Abuja Municipal Area Council was 776,298. Since then, it has been stated that the number has grown, but the validity of this claim won’t be established until the next census.

Yoruba is one of the most common languages heard in Alimosho, which has a population that is primarily made up of Egbados. Islam and Christianity are the two most prominent world faiths. 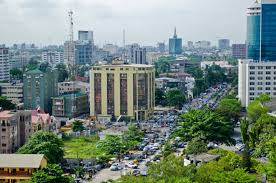