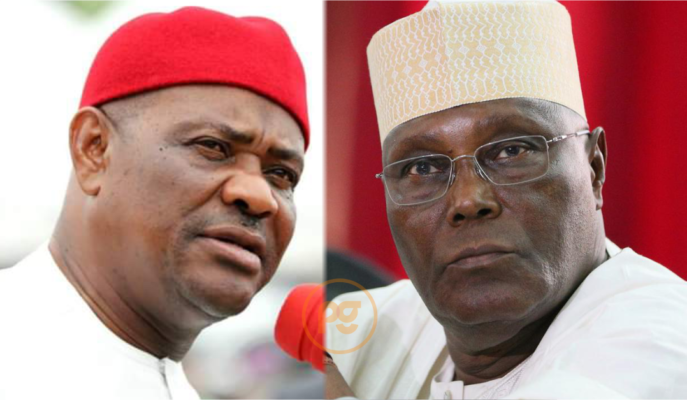 Amid the crisis rocking the boat of the Peoples Democratic Party, Rivers State Governor, Nyesom Wike, on Monday, said he won’t leave his political foes for God to deal with them but he will flog and crush those he described as “the small boys”.

“God has given me what it takes to crush these people, for me to crush my enemies,” Wike said in Aba in Abia State when he commissioned the Osisioma Interchange and the Dualised Aba-Owerri Road.

Wike, who was hosted by his Abia counterpart, Governor Okezie Ikpeazu, also said he understands relationship, adding that nobody can break his ranks with his PDP brother governors and allies like Ikpeazu, Governor Ifeanyi Ugwuanyi (Enugu), Governor Samuel Ortom (Benue), and Governor Seyi Makinde (Oyo).

Of late, Wike and his allies have been pictured together on vacation abroad and they have taken the same position that PDP national chairman, Iyorchia Ayu, resign his position for a southerner.

Wike further said Ayu should respect agreement and resign or Nigerians will know who is relevant or not at the appropriate time.

Ayu had described Wike and his brother governors in the South as “children” and the Rivers governor had fired back that the “children” brought the former senator from the gutters and made his PDP national chairman last year after a Tsunami caused the displacement of Uche Secondus.

Throwing a jab at Ayu, Wike said his enemies are “small boys” and he won’t waste time dealing with them.

“I was in the plane with him (Ikpeazu) and we were discussing. He said why will not leave these people for God? But I told him why are you overcrowding God? God has given me what it takes to crush these people, for me to crush my enemies.

“Now that I know I have the capacity to flog these small boys, you want me to leave it for God? I won’t do that. I am going to flog them pepperly. When we start campaign, we will know who is who,” the governor said.

However, Ayu made a U-turn of late, saying he won’t resign but will end his four-year tenure. Consequently, Wike last week lampooned the PDP chairman, saying arrogance and ingratitude won’t help him. The Rivers governor also insisted that Ayu vacate office.

Aside from Wike and his allies, PDP Board of Trustees Chairman, Walid Jibrin, also a northerner from Nasarawa State, agreed that it is unfair for the party to have its presidential candidate and national chairman from the same region.