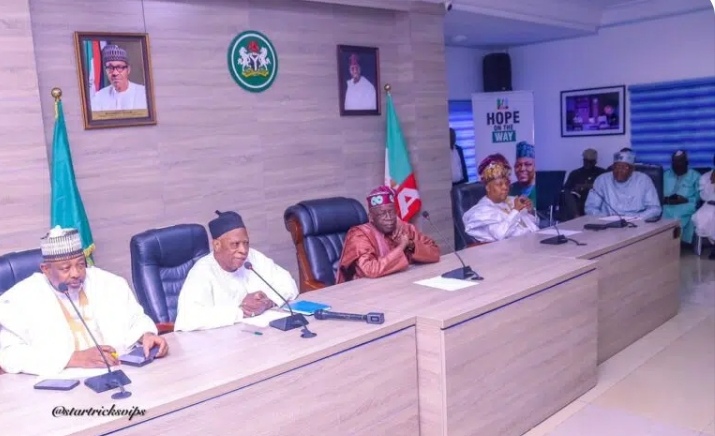 The presidential candidate of the All Progressives Congress (APC), Bola Ahmed Tinubu, on Friday held a meeting with the National Chairman of the party, Abdullahi Adamu, and other members of the National Working Committee at his campaign office.

According to a source disclosed to Hotmedia.ng that the meeting might be connected to the prospect of wooing Governor Nyesom Wike of Rivers State and the need to resolve internal wrangling among his former co-aspirants and aggrieved party chieftains over the contentious Muslim-Muslim ticket. 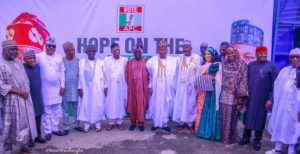 Hotmedia.ng that Tinubu had on Monday met with Wike and some Peoples Democratic Party (PDP) governors at a hotel in London, UK.

Recall that former President Olusegun Obasanjo and Peter Obi had also met with Wike in a move aimed at building broad support for the aspiration of the Labour Party’s presidential candidate. 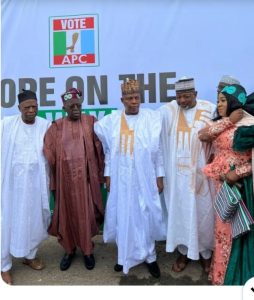 Also, former Secretary to the Government of the Federation (SGF), Babachir Lawal, and ex-Speaker of the House of Representatives,  Yakubu Dogara, have also refused to back Tinubu’s presidential bid.

They had threatened to mobilize northern Christian electorates to vote against Tinubu in February 25 poll over his decision to field a Muslim-Muslim ticket.

According to the publication, the APC has been pressured to sanction the duo of former Governor Ibikunle Amosun and the Minister of Interior, Rauf Aregbesola, over alleged anti-party activities.

While the latter was accused of working with the PDP to defeat the APC in Osun State, the former has been labelled a ‘disaster’ waiting to happen in Ogun State.