Miyetti Allah Cattle Breeders Association of Nigeria in Rivers State says 21 cows belonging to the union’s members were shot dead by unknown gunmen who invaded a settlement – Odogwa community – in the Etche Local Government Area of the state.

Chairman of the association, Mohammed Abubakar, disclosed this at a media briefing in Port Harcourt, the state capital.

Abubakar said the incident occurred at about 9 pm on Wednesday when the cattle rearers went to town to buy some beverages, saying of the 21 cows killed, 15 were pregnant.

He expressed shock over the attack because according to him, the cattle rearers have been living in harmony with members of their host community. 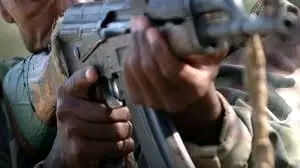 Abubakar said, “They shot 21 cows and before the Miyetti Allah people came back, the gunmen had escaped.

“The cows were littered on the ground dead, just like that. Some just gave birth; some are pregnant. More than 15 were pregnant.

“In the morning, they went back to find out what had happened to provoke the attack and they took their complaint to the monarch of the community and other residents there.

“They too expressed surprise that they don’t know what happened. We have been living peacefully with the people in this community for long, even when our cows destroy crops, we pay for the damages.

“We also pay for the place we are living, yet this sort of thing happened to us. If there was anything wrong that the cattle rearers have done that the people don’t like, they should tell.”

This comes a few weeks after the association raised the alarm over the killing of a 19-year-old herder by some unknown criminals.

The deceased was murdered by his assailants at about 6:00 pm in their camp situated in Ogu community, Ogu-Bolo Local Government Area in Rivers state, while attending to one of his mother’s cows that just had just given birth to two calves.