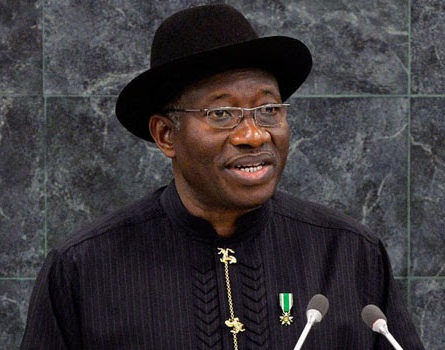 Efforts of past leaders, especially those of the First Republic to unite Nigeria failed because they were regional but not nationalistic in their programmes and policies, former President Goodluck Jonathan lamented on Saturday.

Jonathan however explained that the leaders did their best to also position the country for economic prosperity, while the attempts yielded more to centrifugal forces which reinforced ethnic interests.

The former President also charged Nigerians to be circumspect in the exercise of their voting rights, saying, “We must shift away from the politics of bread and butter.”

Jonathan stated this in his paper titled: ‘Lasting legacy: Key to Nigeria’s development issues’, at the one-year memorial lecture in honour of late Captain Hosa Okunbo in Abuja.

According to him, the present crop of leaders inherited a country that was already balkanised into three regions and later four regions.

Jonathan said, “I believe that the legacy of nationhood and roots of unity were weak at Nigeria’s independence and not much has been done since then to strengthen the base of the union.

“The decision to shift away from the regional arrangement to a national focus, where Nigerians will begin to see their country as their common heritage, need a different orientation, planning, strategy and adaptation.

“My charge to Nigerians is to be circumspect in the exercise of their voting rights. We must shift away from the politics of bread and butter and ensure that we do not elect leaders that will buy our conscience today and mortgage the future of our children and grandchildren. We should endeavour to elect only those that will leave legacies of unity, peace and development.”

At the event, a former Minister of Education, Dr. Obiageli Ezekwesili urged politicians to develop the education sector, she lamented would continue to elude Nigeria and other African countries if the political class does not invest in education.

She said, “When you look at the parameters and issues in our country, especially the current data, it shows that the continent is in crisis and it has to deal with some of the things that the former President Jonathan said about  society, It’s that nine out of every 10 Africans do not have the literacy and numeracy skills required of Children of their age in other parts of the world.

In a similar vein, spokesperson for the Atiku presidential campaign, Dino Melaye, recalled how Capt. Hosa Okunbor, assisted him in the past. He described Jonathan as “the most productive immediate past President Nigeria ever had.”

He said, “Part of your legacy was when you launched the almajiri school and your thought was that no Nigerian child should be left on the street and also appropriated special funds.”  he said.

In addition, the Olu of Warri and son-in-law of the deceased, Ogiame Atuwase III decried the glorification of stomach infrastructure in Nigeria’s political culture.

While lauding Jonathan for not upturning the presidential elections in 2015, the monarch decried the lack of trust in the country.