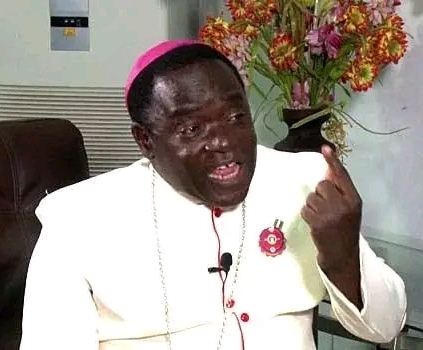 The Catholic Bishop of Sokoto Diocese, Matthew Kukah, has said young Nigerians who make up 60 per cent of the population must elect good leaders and create a better country in 2023.

Kukah stated this during an interview on Channels Television.

Speaking on the role of youths in the 2023 elections, Kukah said young Nigerians will determine the outcome of the next general election.

“This election, whether we like it or not, is going to be determined by the young people of Nigeria, who are better informed and far more patriotic than those who governed them,” he said.

“So guess what? If you are young, there is a job for you — change this country. The wonderful part of this story is that we say that young people make up about 60 percent of the population of Nigeria. This is their moment; they have the ability and capacity.

“It would be a tragedy if they don’t see the opportunity that is available for them. The challenge for young people is to move beyond the silo that has held us back — break down the walls of dubious ethnicity and regionalism.

“Break down those walls erected by criminals who have no interest in your future; who have interest only in their future and the future of their children. Let’s create a wonderful country from Sokoto to Akwa Ibom.

“Right across the board, young people in the world want literally and basically the same thing — a limitless opportunity for people.”