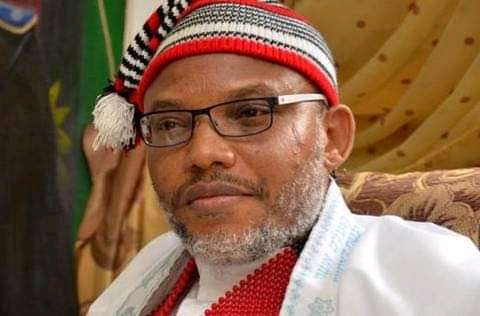 The Coalition of about 52 Northern Groups (CNG), on Friday, rejected the call by the United Nations (UN) for the unconditional release of the detained leader of the Indigenous People of Biafra (IPOB), Mazi Nnamdi Kanu.

They also accused the UN of bias in its disposition towards certain regions of the country.

Briefing journalists in Abuja, CNG spokesman, Abdul-Azeez Suleiman, urged the global organisation to immediately withdraw its demand for Kanu’s unconditional release from the lawful custody of the Nigerian authorities.

He also advised the Federal Government to rise to the occasion and defend the country’s by resisting and rejecting such the demand.

Suleiman argued that a destabilized Nigeria will certainly threaten the peace and security of the entire sub-Saharan Africa.

According to him, “It is unacceptable to Nigeria and Nigerians, and in particular to the North, that the United Nations will endorse the platform and space to be used by Kanu and IPOB in promoting anarchy and campaigning for genocide in Nigeria.

“We demand the United Nations to immediately withdraw the call for the unconditional release of Nnamdi Kanu from the lawful custody of the Nigerian authorities.

“The CNG cautions the United Nations that their intervention, exclamations and actions should never be drawn to discountenance the effort of the Nigerian state to protect citizens from violence and to impose law and order.

“We, therefore, call on the Federal Government of Nigeria to maintain the sanctity, dignity and integrity of Nigeria and uphold and defend its sovereignty by resisting and rejecting such demands from any quarter.

“Lastly, it is important to caution the United Nations to weigh the impact and consequences of backing these perpetrators of indiscriminate violence, wanton destruction and collective mayhem, that fervently hope it will engulf the entire country and bring about another civil war and mass killings and suffering of innocent people.

“As the most populous country on the continent and one that continues to influence peace and stability across the sub-continent, any breakdown of law and order will only compound the security and humanitarian situations in the region.