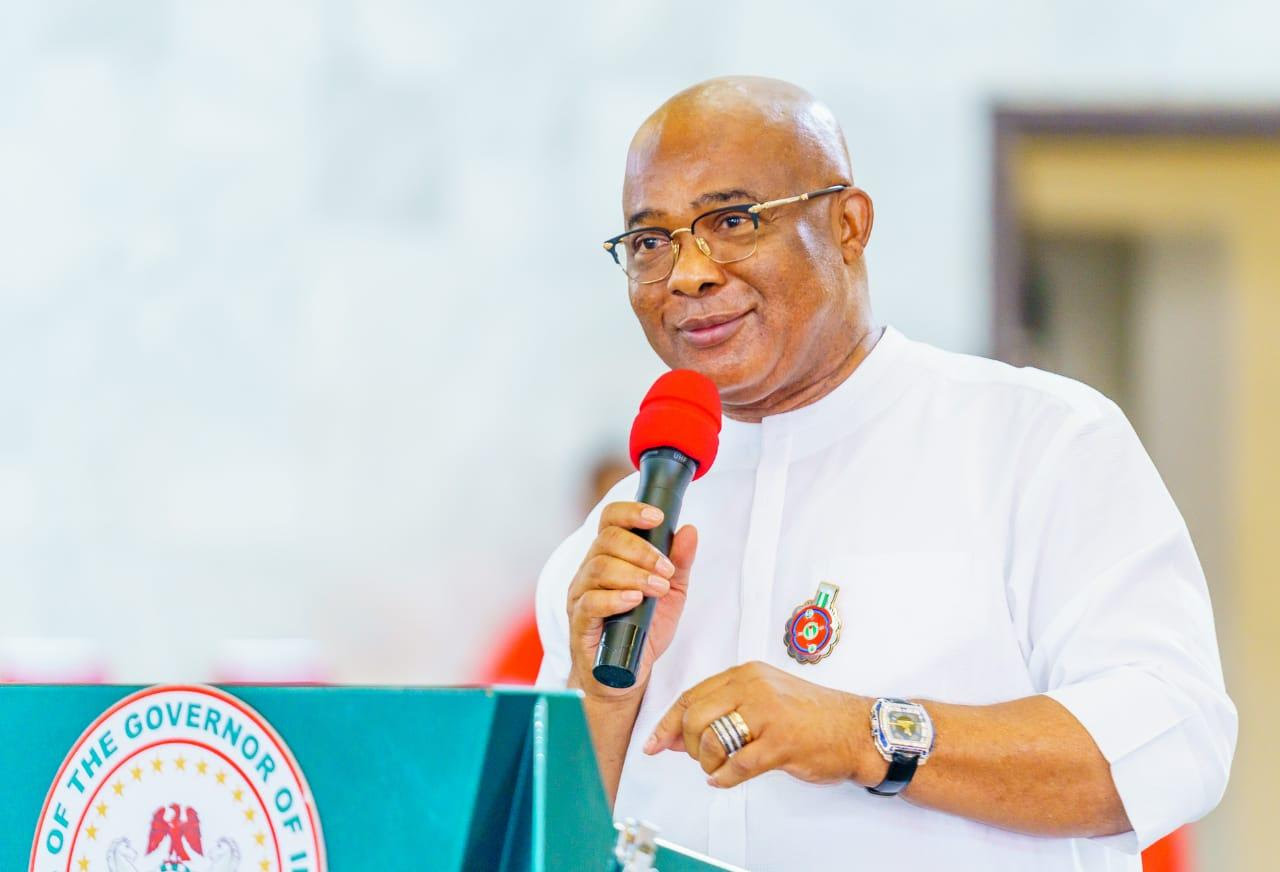 The Governor of Imo State, Sen. Hope Uzodimma, has approved the appointment of Sole Administrators in the 27 Local Government Areas of the State.

According to the media reports on thursday, 21st July, the governor’s spokesman, Oguike Nwachukwu, announced the dissolution to the press after a closed door meeting with the chairmen at the Government House, Owerri.

He said that Mr Uzodimma thanked them for the services they rendered in their different local government areas since their appointment especially their loyalty.

According Oguike, the governor would appoint Sole Administrators to oversee the council pending the conduct of the elections.

Below is the list of the newly appointed sole administrators by governor hope Uzodimma;

Hotmedia.ng gathered that the Governor of Imo State, Senator Hope Uzodinma approved  the names of Sole Administrators of Local Government Areas through the office of secretary of the state government, Chief Comas Iwu.

Our sources revealed that the list of the Sole Administrators: few of them are from Camp Hope, ‘a political family and organization of Senator Hope Uzodinma’ and other groups.

The information revealed that the governor considered it necessary to favour people outside CampHope faction since elections are approaching.

The Coalition Group and the group known as Hope For Good Governance according to information available to Hotmedia.ng made the list also.

Hotmedia.ng learnt that the governor favoured other Groups and not mainly ‘Camp Hope’ in order to bring Equity and Unity in Imo APC.

It would be recalled that ‘CampHope’ group has received favour from the Governor more than any other group since Uzodinma came to power two years ago.

All the Sacked 27 Interim Management Committee Chairmen and their Councilors came from ‘Camp Hope’ and they stayed for two years in office.  Therefore, the governor this time decided to give other groups a chance to serve in government so that peace will reign.

Our our correspondent also gathered that this is in line with the agreement made by the party leaders recently.

The 27 sole administrators are likely going to be in office for few months after which the governor will conduct Council Polls to produce elected Executive Chairmen and Councilors.

Hotmedia.ng gathered that the Governor wanted to conduct Local Government election in Imo but the Leaders in APC advised him to wait for awhile for peace to be restored in the party.

The Leaders from the 27 LGAs told the Governor that the Ward,  LGA and State Congresses coupled with State party primaries brought a lot of confusion and disunity in the party, therefore it will be good to shift the Council polls for the factions to unite first before any other thing.

Based on this advice from the Leaders the governor resolved to appoint Sole Administrators and shift the council election earlier scheduled to take place in August .A new date will be announced when things are in order, it was learnt.

The governor after his meeting with Stakeholders of Imo APC few days ago at Government House,  Owerri told party chairmen in the  Wards and LGAs to meet with members and resolve all crisis.