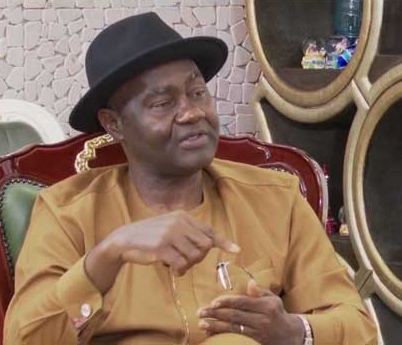 Senator Abe, a former member of the All Progressives Congress (APC), had last week announced his non-involvement in the activities of the APC in Rivers State.

He, however, declined to disclose his new political affiliation following his exit from the APC.

In a statement on Friday, Senator Abe’s spokesperson, Parry Benson, said the former federal lawmaker has pitched his tent with the SDP.

He said the former lawmaker announced his membership of the new party in a post on his Facebook page.

“Former representative of Rivers South-East Senatorial District at the National Assembly, Senator Magnus Ngei Abe has said that he is a member of the Social Democratic Party (SDP), and very committed to the growth of internal democracy in the politics of Nigeria,” said Benson.

“Yes, I am, and I have been a member of the Social Democratic Party (SDP),” Senator Abe said in the social media post. “I remain irrevocably committed to the ideals that have driven my politics through the years.

“And we will continue to do all we can to improve internal democracy in the politics of our country and focus on the people.”

Senator Abe has, for a long time, been at loggerheads with the immediate past Minister of Transportation, Rotimi Amaechi, over the leadership of the APC in Rivers State.

Last Wednesday, Senator Abe who could not get the APC governorship ticket in Rivers announced his exit from the party.

Amid the crisis in the Rivers State chapter of the party, he explained that he decided to leave the party to achieve his political ambition elsewhere.

The governorship hopeful also clarified that he did not submit a formal resignation letter to inform the party’s leadership of his exit.

He explained that according to the APC Constitution, the affiliation of any member is terminated once such an individual joins another political party