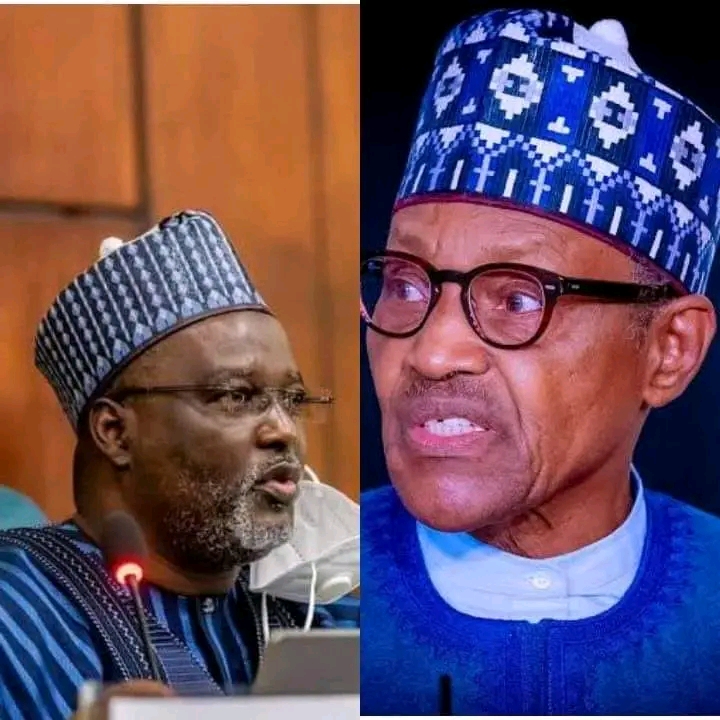 The Deputy Speaker of the House of Reps, Ahmed Idris Wase, on Tuesday revealed that President Muhammadu Buhari received 44 different warning reports from the Department of State Service, DSS, over expected attacks across Abuja.

Wase was speaking while presiding over plenary at the Lower House in the aftermath of the killings of about six soldiers who were members of the Brigade of Guards.

The soldiers were reported to have been ambushed few days ago while returning from the Nigerian Law School after visiting the school following a distress call.

Reports said the school authority had made a distress call for protection after receiving a letter from terrorists that the assailants were attacking the school.

It led to the deaths of some of the soldiers with reports saying more than a dozen were kidnapped during the ambush.

Wase said, “You can imagine what is happening today in Abuja. I will be frank with you. I went through DSS reports. 44 reports were given before the attack on Kuje.

“I want to say so, I want to confirm to you, 44. I went through all the reports. And it all has to do with this,” he said during plenary.

Again, in another report by Hotmedia.ng earlier today, the Nigeria Security and Civil Defence Corps (NSCDC) has raised an alarm over a planned attack on the Federal Capital Territory (FCT), Katsina, Kaduna, Zamfara and Lagos states.

“The NSCDC stated that insurgents of the Boko Haram and its splinter, Islamic State for West Africa Province (ISWAP), have mobilised themselves and had equipped themselves with dangerous weapons like anti-aircraft guns and general purpose machine guns in preparation for the attacks”.

According to the report published by Hotmedia.ng, the information were contained in a leaked report signed by the Deputy Commandant General Controller in charge of Operations, DD Mungadi, addressed to all commands dated July 25.

“We have received credible intelligence that Boko-Haram and the ISWAP terrorist groups have mobilised fighters and high calibre weapons particularly Rocket-propelled Grenade launchers, Anti-Aircraft guns, and General Purpose Machine Guns which they intend to deploy for the offensive in Katsina State,” the report reads in part.