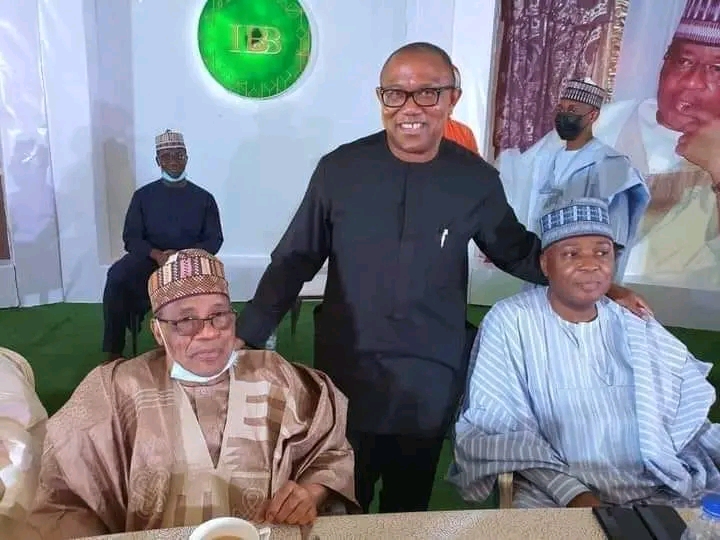 After that, OBJ had a very long closed door meeting with Peter Obi.

“He is a young man, but he is passionate about development, passionate about our Nigerianness,” Babangida disclosed. “From then, we kept contact for a long time. We talk to each other and so on.

“So, it is only fair that when he decided to be the president or a candidate, he should come and let me know. That’s the essence of the relationship. It’s like ‘don’t read it in the papers, I am going to run.’ And whatever advice I have, I will give it to him based on my own experience. Hopefully, that will help him to mobilize all of you.

Babangida shot straight from the hip when asked to categorically respond to the notion that he, Obasanjo, Abdulsalami, Gusau and Abdullahi were the unseen hands behind the Peter Obi candidacy, saying the group had been actively involved in Nigeria’s current shot at democracy right from its embryonic stage in 1998.

Read Also : 2023: Miracle Is At The Root Of Our Faith, Peter Obi Replies Atiku

“I am hearing it now for the first time from you,” he told the two media executives. “Somebody sent me what Sowore said. That Obasanjo, Abdulsalami, Aliyu Gusau, Ango Abdullahi and myself are promoting Peter Obi. But I’m glad that the answer you said they gave Sowore was that he was jealous.”

Babangida shredded the veil, last week, in Minna, in a rare interview he granted The Crest CEO, Shola Oshunkeye, and Managing Director/Editor-in-Chief of The New Xpress newspaper, Steve Nwosu.

Then Peter Obi was invited to London by the queen. He had a day long meeting with the British Prime Minister in his office under closed door.  Two days after he came back, he decamped to ‘Labour Party’ .
IBB spoke about a well qualified, Educated, more exposed younger president coming.

Boom. Today, how many days, with no structure, PDP, APC, Social media, Radio station, TV station, mosque, churches, market, streets and in schools the most predominant discussion is Peter Obi.