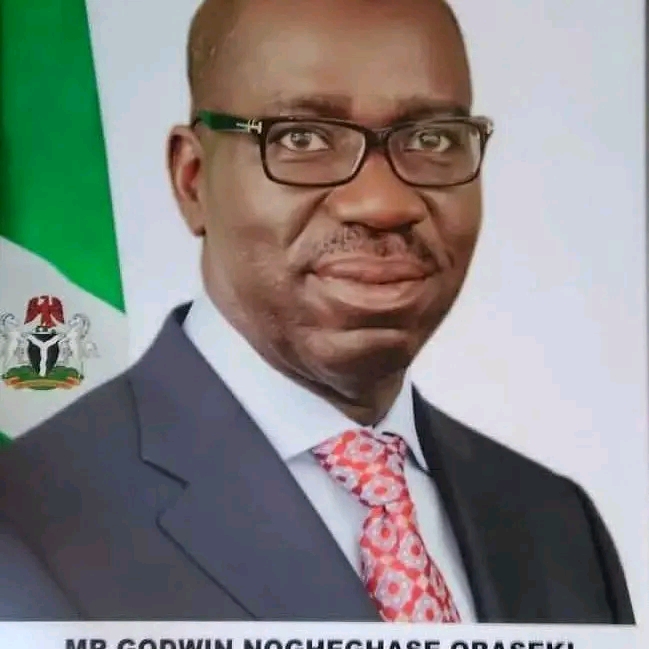 Governor Godwin Obaseki of Edo State is not my friend, but he took a decision I should have taken a long time ago myself if I were seating in Osadebe Avenue as the Governor of the state by prohibiting the embarrassing and bizarre open ended practice of prostitution in Benin City.

For a fact – except we’re running away from the sordid reality – every Edo citizen, home and abroad, has borne the humiliating stigma of wholesale accusation of being precursor of prostitution for ‘hailing from the land of prostitution’! The appropriate tagging has long been entrenched and taken as the gospel truth, and has remained like the chameleon faeces that wouldn’t go away, however hard you deodorized it.

Yours sincerely fell victim of prostitutes’ revolt early this year when the curiosity in me – the first attribute of journalism levitated – to video thousands of them at Ihama Road, covering the swathe of Royal Marble junction, to the tale end of Edo House of Assembly Legislative Quarters. I was rescued by a taxi driver out of the horrific scene, having abandoned my marked car inside Exquisite Hotel, opposite Royal Marble. What makes paid sex even more offensive, worrisome is the terrible drama involved in it, coupled with the associated rituals that are made out of what is done with the third arms of the legs.

The abhorrent practices of girl child abuse in relation with prostitution in Edo State has been long in coming in Benin City,  eventhough prostitution is as old as humanity. Places like Ugbague street, Ihama, Country Home Road opposite Stella Obasanjo’s Women and Children’s Hospital, Boligo Hotel at Upper Mission Extension and other sexually sullen places are hotbeds and breeding grounds for human trafficking.

Tragically, Benin City is one place where ugly and offensive prostitution practice is exalted to abominable level where married couples agreed for the wife to travel to Italy and other parts of Europe to make money and send back home for the husband’s and families- upkeep.

A particular traumatizing instance of such debasing scenarios left a sour taste in the mouth. A relation of a family friend whose wife returned home after ten years of prostitution in Italy found out that the proceeds of prostitution she transferred to her husband to build a home for them was diverted to marry more wives. The woman became dejected, used and abandoned to waste away after being thoroughly exploited, and sexually vandalised.

First, the banning of solicited open prostitution is one way out of the labyrinth of state failure and citizens’ destitution on the state and society. The government needs to take a step further by strengthening its position on this by legislating against streets begging, hawking and criminalization of illiteracy. Part of the backlashes of prostitution in the state is the incidences of violence crime since some of the prostitutes warehouse small arms and light weapons and ammunition for criminal elements who are mostly armed robbers, cultists and land grabbers.

Second, the state government should cooperate with anti-human trafficking organisations such as The National Agency for the Prohibition of Trafficking in Persons (NAPTIP), and related global bodies to achieve effective results by way of reorientatating some of them who are innocently lured into prostitution, one way or the other.

Lastly, the Governor should implement the much-talked-about industrialisation policy of his administration in the state by way of  opening fabrics and shoe making factories for some of these whores to work in, so that they can eke out a leaving for themselves and their loved ones.

Until that is done, Edo State will remain the headquarter of prostitution in Sub-Sahara Africa.

Erasmus Ikhide can be reached via: ikhideerasmus@gmail.com