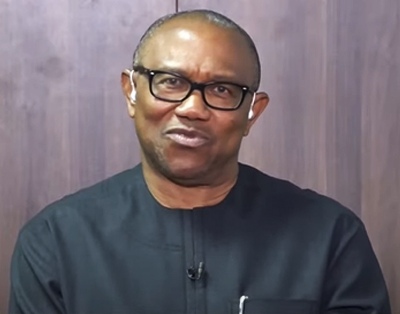 The presidential candidate of the Labour Party, Peter Obi, says his political journey has been a tale of miracles, adding that he is looking forward to another miracle come 2023.

Mr Obi stated this on Monday while fielding questions on Channels Television’s Politics Today, regarding his exit from the Peoples Democratic Party (PDP) and a statement from former Vice President Atiku Abubakar suggesting that it will be a miracle for the LP’s candidate to become president.

“Miracle is at the root of our faith, what strengthens our faith is miracle,” Obi answered in reply to the PDP’s Presidential Candidate who he still regards as a friend.

He added, “For me, since I started this political journey, my achievements and records have all been miracles, it has all been miraculous.

“I ran for governor in a party that was less than one year old, when I started in 2003 and won the election, they declared somebody else, I went to court and everybody said it was impossible, there is no way, it has never happened before but after three years, the court declared me the winner.

“And then in 2007, about one year in office, INEC conducted an election and Andy Uba won and was sworn in as governor, I went to court again to seek the interpretation of our constitution that my tenure is four years, everybody said it will never happen but again the Supreme Court declared me the winner which is why you have staggered election in various states today.

“I can go on an on and tell you so many things that have happened in this my journey which can be termed a miracle, and I am looking forward to the next miracle next year to complete the miraculous journey of my political life.”

Speaking further regarding his relationship with Atiku and the PDP, Obi said it is true that