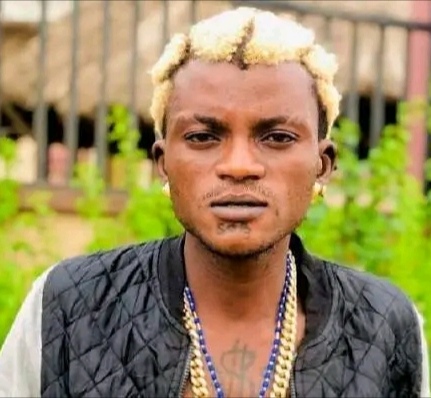 Speaking in Yoruba, the Zazu crooner in a viral video boasted that he was not scared of anyone.

In the video seen by our correspondent, Portable said, “Open your ears and be listening.

“Have you heard of Ajah Boys, One Million Boys? I established them. Go and ask Sammy Larry.”

According to him, socialites Samlarry Eletu and Abu Abel knew him back in the day.

Ajah Boys and One Million Boys are gangs known for engaging in violent activities and terrorising residents of Lagos with dangerous weapons.

Portable recently submitted himself to the Ogun State Police Command headquarters, Eleweran, Abeokuta, after he was summoned to appear regarding a video in which he was ordering his aides to assault a young man identified as DJ Chicken

The police at different times had arrested a number of members of the two terror gangs while some have been declared wanted.