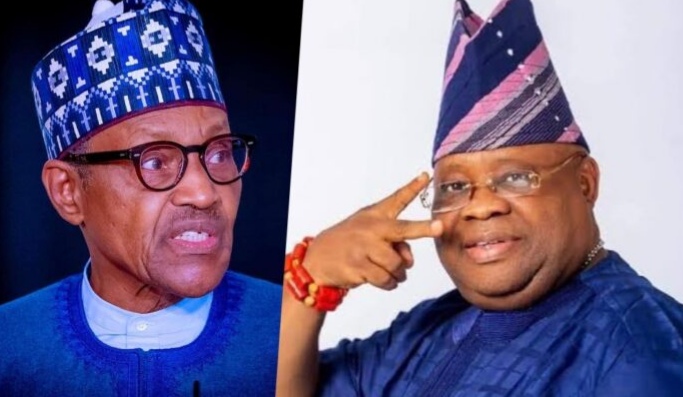 President Muhammadu Buhari on Sunday said the election of Senator Ademola Adeleke in the Osun State governorship poll is a reflection of the will of the people.

Buhari said this in his congratulatory message to Adeleke, the candidate of the opposition People’s Democratic Party (PDP) who defeated Gboyega Oyetola, Osun State governor and candidate of the All Progressives Congress (APC).

“I congratulate Senator Ademola Adeleke, candidate of the People’s Democratic Party (PDP), on his victory in the Osun gubernatorial election,” Buhari said. “The people of Osun have expressed their will through the ballot.”

The PDP candidate won 17 of the 30 Local Government Areas (LGAs) in the Osun State governorship election.

APC candidate Oyetola won in the remaining 13 LGAs, according to results announced by INEC on Sunday morning.

Buhari said the election is a demonstration of respect for the people and a legacy of credible elections by his administration.

“This is what democracy is all about: respect for the will of the people,” Buhari said.

“The successful conduct of #OsunDecides2022 is a demonstration of the maturity and the commitment of all stakeholders, towards strengthening the integrity of the electoral process in Nigeria.

“I remain fully committed to leaving behind a legacy of credible elections in Nigeria.