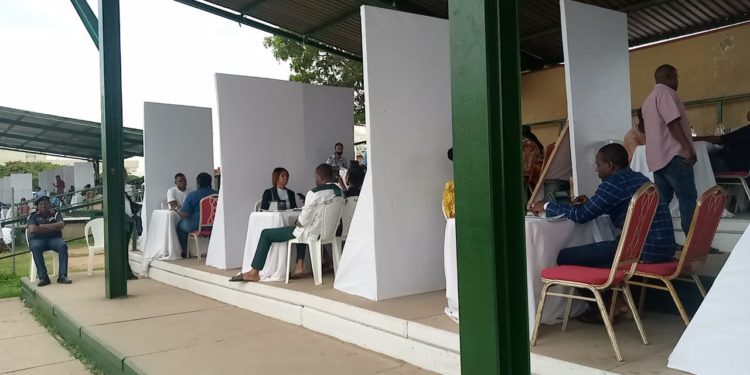 It will be recalled that on July 3, 2022 the INEC office in Igboeze North local government area was burnt down by unknown arsonists.

A statement signed by the INEC national commissioner and chairman Information and Voter Education Committee, Festus Okoye, on Thursday in Abuja, said during the recent attack, gunmen fired sporadically into the air to disperse registrants and registration officials.

In the ensuing stampede, Okoye said one of its staff sustained injuries and currently receiving treatment in an unnamed hospital.

The statement titled, ‘Attack On INEC Registration Officials In Enugu State’ reads in part: “In spite of the attack, the Commission was able to continue with Ward level registration with the assistance of vigilantes provided by the Local Government authority. It is one of the centres that has now been attacked.

Okoye noted that two voter registration machines and personal items of its staff such as mobile phones were lost in the ensuing melee.

“The incident has been reported to the Police for investigation,” he added.