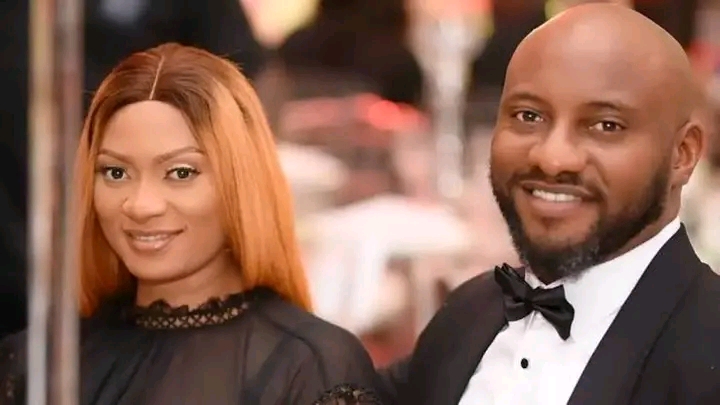 Actor, Yul Edochie’s wife, May has hinted at finally divorcing her husband over his recent marriage to his colleague, Judy Austin

Recall that Yul Edochie married Judy Austin who he shares a son, Star Dike with.

Since his marriage, things hasn’t been smooth between him and his first wife, May as she has aired her displeasure on having a second wife.

As May bagged another endorsement deal, Yul had taken to his Instagram page to celebrate his woman.

Calling her his wife, Yul Edochie described her as CEO extraordinaire

A fan who reacted to his post tackled him for still calling her his wife.

Bodyshaming Judy, she wondered how he could ditch his beautiful wife and kids for Judy.

“Na we dey marry May now go and continue with your new bag of rice and let our classy queen be. Who told you that she is still your wife? She now belongs to us because she didn’t sign polygamy from the day one. You hate your beautiful wife and children because of a loose woman. I weep for you”.

Taking to the comment section, May appreciated the fan for standing with her.

Recall that May Yul Edochie, the first wife of actor, Yul Edochie had thrown a subtle shade at him and his second wife, Judy Austin.

The brand ambassador to several brands pinned a hateful comment targeting her husband and his second wife.

A fan had prophesied that Yul and Judy Austin will eat their eyes soon because many had vowed to support her.

Promising to stand by her, the fan told May to be strong for those who love her as her husband and his new wife would perish soon.

“My super woman. I see God blessing you more than you ever imagine…I will call you to be my ambassador soon…is not a joke. Yul and Judy Austin will eat their eyes soon because many have vowed to support you darling
No shaking we are here for you @mayyuledochie…. They will perish soon. Just be strong for us. We love you